A Goddess Authorised Thugs To Strangle And Sacrifice Millions 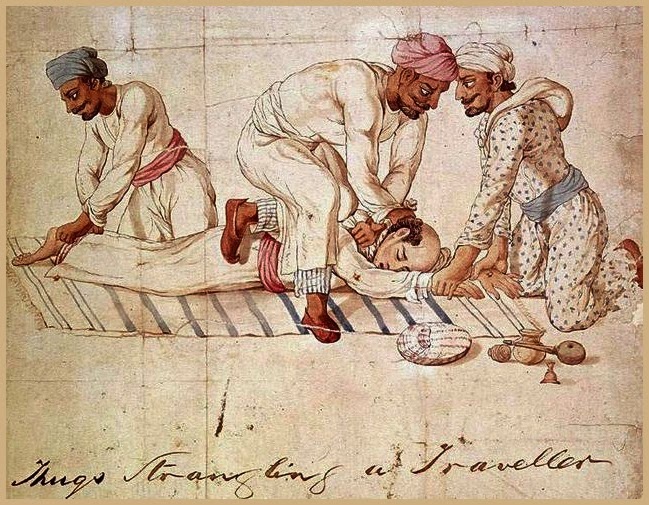 The word thug originated from the Thuggee, a scary secret organisation, who once roamed India. They were highway robbers who also just happened to dabble in human sacrifice. They were considered to have been at their height at the beginning of the 19th Century. The word 'thug' in northern India means 'deceiver' but in southern India they were also known as Phansigari or 'stranglers'. 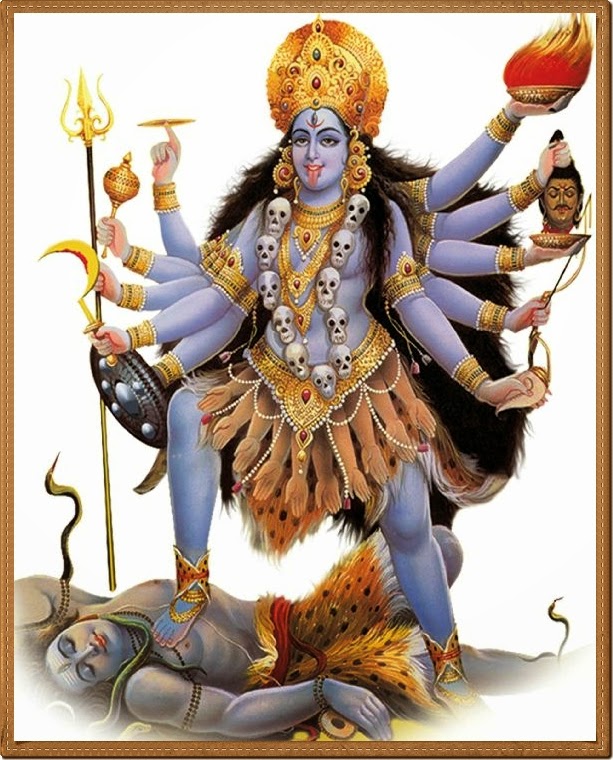 The Thuggee themselves believed they had been created by Kali, the Hindu goddess of death.

The goddess supposedly created them from the sweat on her arms, following a mighty battle with a demon. She provided them with strangling cloths and sent them off to kill other demons - but without shedding their blood.

The Thuggee must have done their job very efficiently as the other demons were quickly overcome. As a reward the goddess authorised them to kill and rob travellers, so they could finance themselves and support their families. This they did with great enthusiasm.

Strangulation was their method for killing usnsuspecting travellers. For this they used a Rumāl (a head covering or kerchief) which translates as 'yellow scarf'. So they continued to kill without shedding blood.

Thuggee - sometimes in groups up to 50 in number - travelled the country and lured unsuspecting travellers to journey with them. When they reached certain traditional killing grounds they would turn on the travellers, strangling them and robbing them of any money or valuable objects. Victims of the Thuggee were sacrificed to Kali

The organisation developed their own language, Ramasi, and like other secret societies had secret gestures that allowed them to signal each other unnoticed.


The Thuggee had their female counterparts in a secret sect of Tantrists who held that it was only by a constant indulgence in passion that a human could ever achieve total union with Kali. Only indulgence in the five vices that corrupt the soul of humankind - wine, meat, fish, mystical gesticulations, and sexual indulgence - could drive the poisons out of the human body and purify the soul.

It's not known when the Thuggee originated, but Sir H.M Elliot wrote in his 'History of India' "... that in 1290 some Thugs were taken in Delhi, and a man belonging to that fraternity was the means of about a thousand being captured."

But the Thuggee thrived until British rule in India.

The Thug's activites were investigated and it was established that they were a nationwide organisation. In 1830 Sir William Sleeman (photo right)  was appointed to suppress Thugee throughout central India.

By 1850 the Thugee were virtually extinct. Hundreds were hanged but Sleeman offered some of them pardons for inside information, and established schools for the group's children. Many of these became carpet weavers and a carpet, made by them, was commissioned by Queen Victoria for her Palace in England.

Alls well that ends well, some say. But it mustn't be forgotten how many people the Thuggee killed. According to the Guinness Book of Records the cult was responsible for approximately 2,000,000 deaths. The political scientist, David C. Rapoport, states that an estimated 500,000 were killed by the Thugs, making them the most destructive terrorist group in history.

Other Random Recent Posts:
A Patent Dodge On How to Make Yourself Happy In 2015
The True Story Of The Fanny Scratching Ghost Of Cock Lane
White Feathers Told Her That She Would Win Millions On the Lottery