Elvis Presley And The World He Influenced 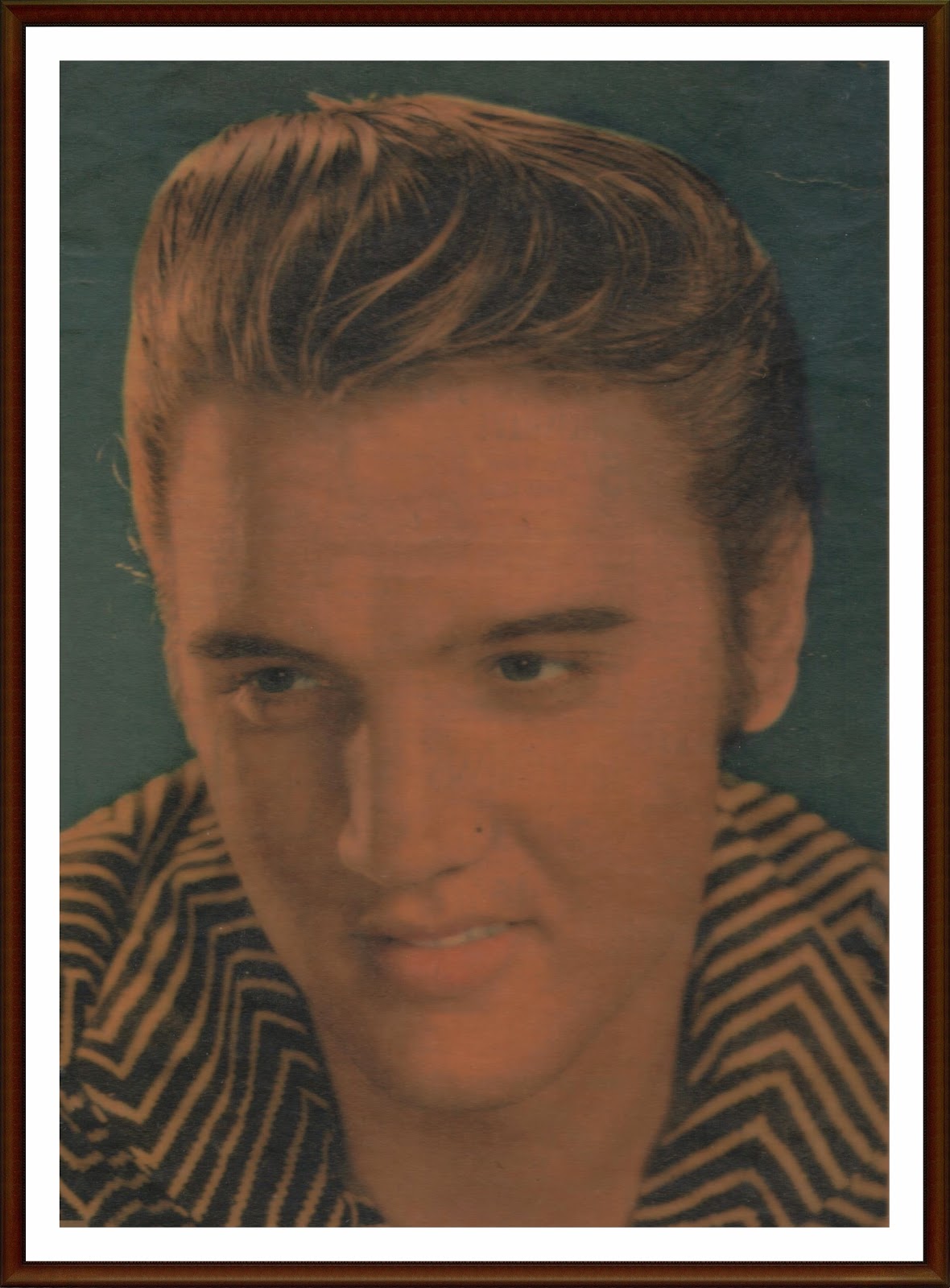 Today Elvis Presley would have been 80, which seems unimaginable to me. When I was young he was one of my idols. The image above is actually a scan of a photo I had on my bedroom wall, all those years ago  - yes, I've still got it!

When the Beatles came along and all of the Mersey Beat I, of course, took to their music as well but in my mind I was always faithful to Elvis. Strange what influences we have on our lives.

We are all influenced by the people we meet and, in turn, we influence others - whether we set out to do so or not. Going back to Elvis, I never smoked because of him and for a long time wouldn't drink alcohol, again because of him. I'd read in a magazine somewhere that - at that time, in his early years - he didn't - so I didn't.

All the time we are being influenced and very often without us realising it.

A bit like plasticine, we can be moulded by those around us, and by what we read and see in the media at large. Everything has a slight or greater effect on us and somehow we have to take control and make sure that our opinions and actions are really our own.

Ideally we should do and think what we really want to do and think - and importantly make sure our children and grandchildren are doing the same - or would that be influencing them ...

Well, I didn't expect this post to go in the direction it has. I intended to simply pay a brief tribute to Elvis. Wonder what the influence was to change course ...