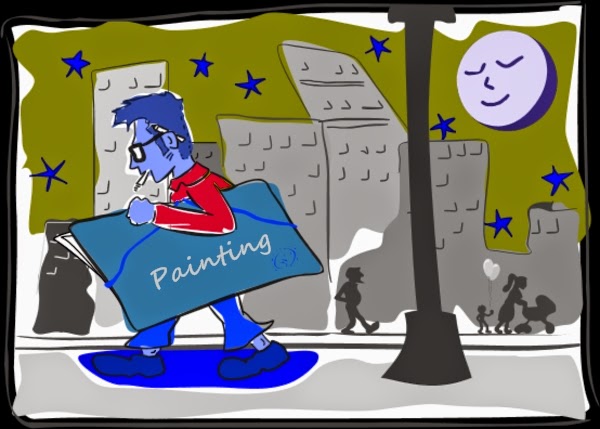 Merwin Altfeld's father kept a book of coincidences, though they had to be 'multiple coincidences' to be included. Merwin never had a suitable coincidence for his father to enter in the book - until that is, after his father had died, which is as follows:

A doctor who lives in Sharon, Pa., is an art collector. For an anniversary friends gave him $500 with which he was to buy something he liked. The doctor walked into a gallery on La Cienaga Blvd. just as Merwin was leaving with one of his own paintings under his arm. The price of the painting was exactly $500 - the doctor bought it.

That could have been the end of the coincidence story, but a few days later Altfeld phoned his borther-in-law, in Cleveland, and told him about selling the painting to a doctor from Sharon.

"I know," said the brother-in-law. "I sat next to the doctor the other evening at a symphony concert in Cleveland, and in conversation he told me he had bought a painting from a man called Altfeld." Altfeld's brother-in-law had never met the doctor previously.

It's a small world.

Other Random Recent Posts:
A Fishy Address - Beyond The Realms Of Mere Chance
The Ghostly Sales Assistant
Synchronicity In The Air In Cornwall