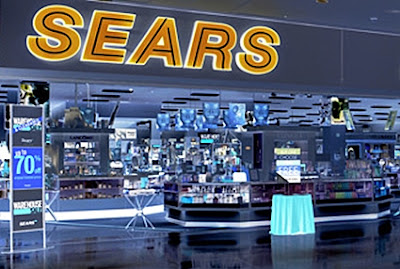 By a strange coincidence, three of the men whose names are most closely associated with the early days of Sears, Roebuck and Co [a chain of American department stores] were linked on the same classified page of the Chicago Daily News.

The history of Sears tells of how the company founder, Richard W Sears, met co-founder, Alvah C Roebuck, through an ad he placed for a watchmaker in the April 1, 1887 edition of the News:

But it was not until much later that another advert was noticed in exactly the same newspaper column. This one said:

The firm of Rosenwald & Weil was one in which the Chicago manufacturer Julius Rosenwald was a partner. Eight years later in 1895 Rosenwald was to become a partner with Sears in his, by then, thriving mail-order business.

At the time their ads appeared neither man knew the other - or even dreamed they would be in business together. Sears spent eighty cents to meet Roebuck and Rosenwald's ad cost him forty cents. Money well spent!

Other Random Posts:
Suspected Of Stealing Umbrellas Coincidence
23 Funny Children's Letters To God
The Aliens Examined Her Legs And Feet