Precognition: Her Son Saw Into The Future 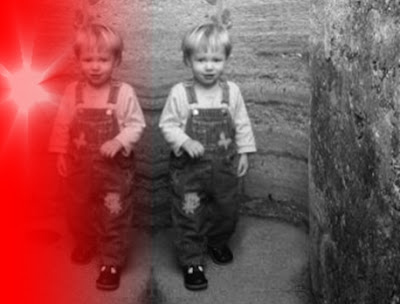 The following story from Mary: is it a case of precognition or something else?


I can remember reading somewhere that children can be psychic. I never really thought further about this until my son was born. At times he appears to see and know things beyond his age or knowledge. I'll give you an example, it's one that shook me up.

Jake was home from nursery (he's just 4) as he hadn't been feeling too well. I was doing some housework and he said to me, "Mummy, tell me about the car crash we were in. It was when a red car crashed into us and I was in the front seat."

I told him I'd never had a car accident. He said no more about this and went back to playing with his Lego.

Later that day I remembered that I needed some bread for my husband, for the next days lunch sandwiches.

I called to Jake that we had to go out in the car and strapped him into his car seat in the front passenger position, so we could go to the local shop. I hadn't gone far when a car came out of a side road without stopping and collided with the side of our car. Nobody was hurt.

I later realised that the other car in the collision was red. It was as if Jake had known about the crash happening about four hours before it happened. Or was it a coincidence?