The Paul Lynde Coincidence Or Precognition 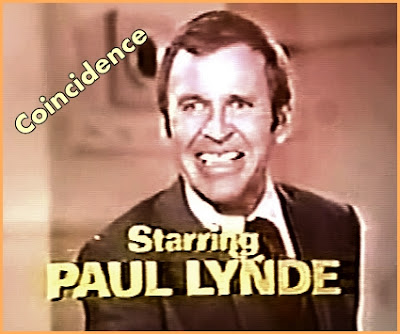 Paul Lynde isn't someone I had previously heard of, but I understand he was an an American comedian and character actor. The following coincidence was passed on to me from a reader relating to Lynde. It does seem, though, to be more of a case of precognition. Anyway, in his own words:


"Whenever I go to New York and I'm walking along Fifth Avenue I will see someone I knew when I lived there, but as soon as I run up and say hello, I'll find myself quickly apologising: case of mistaken identity. And always the physical resemblance is uncanny.

But - and this is the curious thing - the very next person I'll see will be the one I thought I knew seconds before.

This happens to me every time I have been to New York - that is, if I'm on Fifth Avenue."

It appears that the story was published in the Bangor Daily News prior to Lynde's death. So is this perhaps a case of precognition or coincidence?

Other Random Posts:
The Doppelganger In The Mall
The Mysterious Skull With The Golden Wreath Of Protection
The White Dove As A Messenger Of The Dead