A Coincidence Showed Her She Missed Out On Her Dream Home 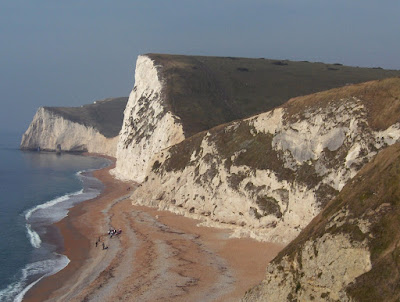 Here's an example, from Ruth Cameron, of why we should follow our intuition, instincts or gut feelings. Some things, perhaps, are meant to be - but we miss out because of our inertia. There's a coincidence as well, to rub salt into the wound!

"Five years ago I fell in love with a lovely, empty bungalow with an immense open fireplace. It stood all alone at the foot of a high cliff looking straight out to sea.

None of the locals knew to whom it belonged, some man in the city, they said, hadn't been down for years, didn't seem to care much for it, probably.

My instinct was to pursue the matter further, find out who owned that bungalow, and if it could be bought at a reasonable price, But my own inertia, plus the advice of even more inert friends dissuaded me, and I let the matter drop.

A few weeks ago, by an odd coincidence, I met the man who had owned that bungalow, He told me that he had been ready to sell at the time, and that it ultimately went for a small price because of the lonesome location, which I so much admired. Worst of all, the new people who bought it had ripped out that magnificent fireplace.

And to think I might have had it all if I had only the gumption to ask for it."

Other Random Posts:
The Unusual Contact With Her Dead Mother
Driving The Wrong Car By Mistake Coincidence
The Doppelganger In The Mall