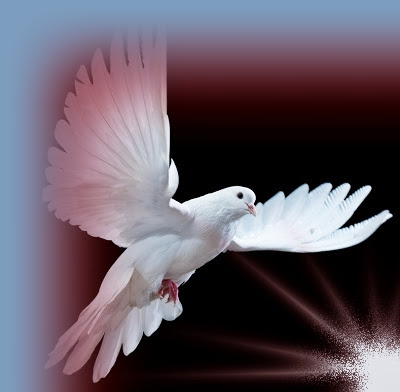 Here's another white dove story, with a difference. I feel sure there will be various interpretations as to what happened. Was it precognition, for example, and where does the white dove fit in to the story? Was it significant, or just a coincidence ... well, you decide! The author wished to remain anonymous.


"In 2007 I was in a serious car accident. But for months before, I had this overwhelming feeling that I was going to die in a car accident. This feeling hindered me from going out, other than to work or for food shopping - and then with fear I might add.

I decided to talk to my mother about this feeling and told her that I felt I should prepare myself for death (with a living will).

Mom, with tears in her eyes. told me not to prepare for death but to just try and live.

By coincidence, my neighbour had a conversation with someone about a car accident she was in - and one in which she had t-boned someone (me!).

At this accident she said how she saw a white dove fly off my trunk on contact.

I just spent one day in the hospital, but I did have a skull fracture and bleeding in my brain.