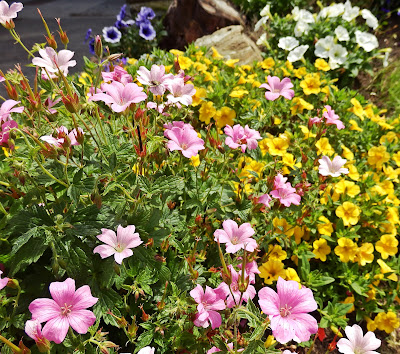 Continuing on the theme of odours, smells or perfumes following the loss of a loved one. Here's Cynthea's experience.


Many years ago, when I was a pre-teen and my sister was about 6, we used to help my mother clean house on Fridays. One Friday she called us both into her bedroom and asked us if we smelled anything unusual. We both did and it was an odour of flowers. A heady odour. We all thought is was unusual because there were no flowers in her room or in fact in the house at all. It was late summer but cool so the windows were not open so it couldn't have come from outside.

On Saturday we got a call that my great aunt Lydia had been struck by a speeding drunk driver in the little town near us. Naturally everyone was upset and there was a lot going on as my mother had to go and pick up my grandmother to take her to the hospital, hopefully before my great aunt would pass away as her injuries were grave. My great aunt was her sister. The flower odour in the bedroom was forgotten. They didn't make it to the hospital in time and my great aunt had already passed.

Fast forward to the day of the funeral several days later. When walking into the room where my great aunt lay in her coffin it struck us right away ... there was the overwhelming odour of flowers! The very same odour we had smelled in my mother's bedroom! It is a very vivid memory that I have of that time period.

Other Recent Posts:
Walking Through Perfume Or A Smell As Proof Of Life After Death
Stepping Through A Time Slip And Into Her Previous Life
The Teenage Victorian Girl Ghost Called Gretchen