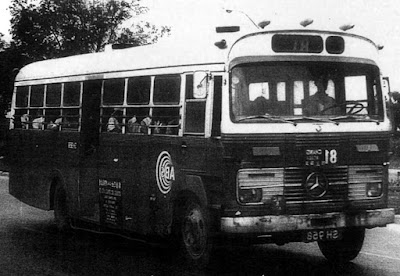 I came across this following coincidence story in the Daily Mail newspaper of September 15, 2005.


While I was living in Malaya in the early sixties, I was travelling on the local bus to town when at the next stop another British lady boarded. She sat down beside me and our conversation started, as it often does with strangers, "Where do you come from?", she asked, to which I replied from 'Stirling.'

"Oh, that is where I come from," she said, and went on to say she had an uncle who lived in the small village of Whins of Milton,"

"Really?" I replied, "that's where I was brought up and my parents still live there."

She went on to tell me the street her uncle lived in and - another coincidence - so did my parents.

The crunch came when she named her uncle's best friend, who turned out to be my uncle!

We were 5,000 miles away from home and couldn't believe this had happened.