A UFO Forced Him Into The Bus Lane - So He Had To Pay A Fine! 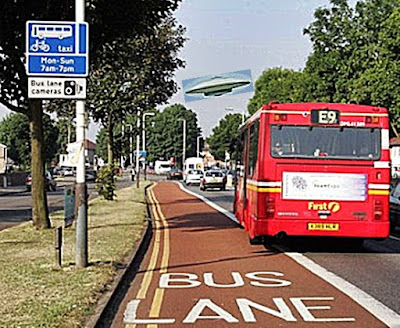 Here's an unusual excuse for driving in a Bus Lane.

When police caught him driving in the wrong lane he told them that he was forced to swerve into the Bus Lane to avoid a spaceship that was hurtling towards him. Yes, the old UFO excuse!

He launched an appeal about his fine and said how he would never normally stray into a bus lane, but he had to take avoidance action as the UFO approached him.

His excuse didn't impress the Southwark Council. Officials said that the camera used to record his misdemeanour did not show any UFO. He was therefore fined £120 (about USA $200).

A council spokesman said, "UFOs unfortunately do not count as legitimate reasons for overturning a fine."