Her Grandfather's Photo Fell From The Wall As He Was Dying 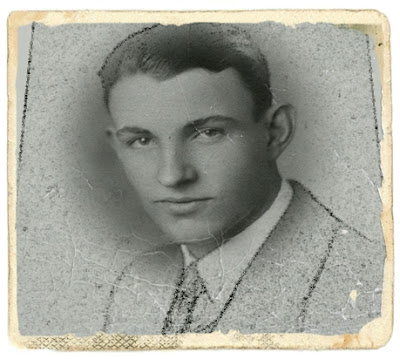 This is Belinda's experience at the time of her grandfather's death.


I have read many of your posts on white feathers and doves. This is my little experience I would like to share.

My Father died when I was a child so when growing up I became very close to my grandfather who was a kind, loving, gentle man.

On leaving university I had to move away from my home town near London and move to the Midlands where I had secured employment. On the day I left my grandfather had tears in his eyes and I must say that I too was tearful as I drove away.

I kept in touch but I didn't visit him as many times as I know I should have done. I had a new job, new friends and a new life.

One night in August I had this strong dream about grandfather, so vivid I could remember it in detail. He was saying goodbye to me and was waving. I was so unsettled I phoned him in the morning but an aunt answered and told me that grandfather wasn't well and was in bed. She suggested that I should come as soon as I could.

The next day was a Saturday so I drove down to London. The same aunt answered grandfather's door and she ushered me inside. She said, "He's been asking for you but he's now asleep. See him when he wakes up."

We went into the living room where, as soon as I sat down, there was an almighty crash. From the other side of the room I could see grandfather's photo had fallen from the wall. It had always been there next to grandma's photo for as long as I could remember. Something urged me to rush upstairs, which I did. Grandfather was awake, he smiled at me and then took his last breath. I was heartbroken.

I think somehow he made his photo fall off the wall so he could see me and say goodbye before he died. Now I'm full of regrets at not seeing him as often as I could have.

Other Posts:
The Meaning Of White Feathers As Messages From The Dead
Reincarnation: Her Small Son Had Been Killed In A Previous Life During World War 1
The Biggest Coincidence Of All Is That You Are Reading This