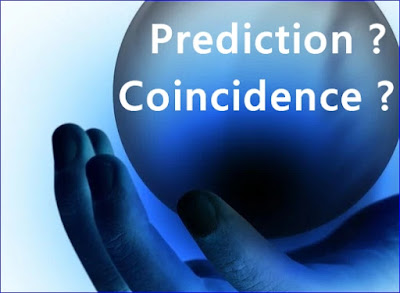 It was the anniversary of John F Kennedy's death on the 22nd of this month and by 'coincidence' I came across a story in a newspaper, from that time, with an article headed: The Dollar Bill That Predicted Kennedy's Death.

I think to most it'll be a bit far fetched, but though I'd publish it any way. Here goes:

When Federal Reserve Districts were assigned, Dallas was assigned the letter K, which is the eleventh letter of the alphabet. John Kennedy has eleven letters. Below the serial number on the right of the dollar bill, and above the serial number on the left, are two elevens. Two elevens add to twenty-two - the day and month of the assassination. To the right of Washington's picture on the bill is "Series 1963A" - the year of the assassination/ Coincidence?

Unfortunately I cannot find a $1 bill from that period on Google Photos or elsewhere.

Other Posts:
Famous Coincidences: Abraham Lincoln
Was President Kennedy's Death Down To A Coincidence?
The Doctor And His Coincidence With JFK And Lee Harvey Oswald