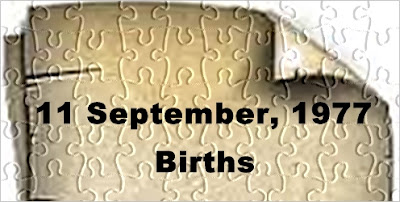 This is one of those coincidence stories where an unlikely find all fits tidily into place. At the time of the happening it quite stunned Robert, whose story this is.


"In 2009 I was having a porch built on the front of my house. The builder who had won the tender had just bought a house about four miles away and told me that he'd work on my house in the morning and his in the afternoon. I agreed with this as long as the porch was completed by 15th July 2009 - this was when I was getting married and moving into the house.

About 8 weeks before the wedding the builder rang me at work to tell me the following:

At his own house he'd discussed with his wife about placing another window in his lounge to allow more light into the room.

He made the hole with a hammer and cold chisel and placed the debris into a rubbish skip. Bricks, rubble and an old newspaper were thrown into the skip.

His wife brought him a cup of tea. As he was drinking this he flicked through the newspaper (dated 12 Sept 1977). To his surprise his eyes met with a section that read 'Births. Congratulations Chris and John on the birth of your son Robert.' And Robert is me!

I was born the day earlier on the 11th of September and my aunt had submitted this to the local paper congratulating her brother (my dad) and his wife. And I now have a copy of the newspaper showing the message - thanks to the builder who built my porch!"