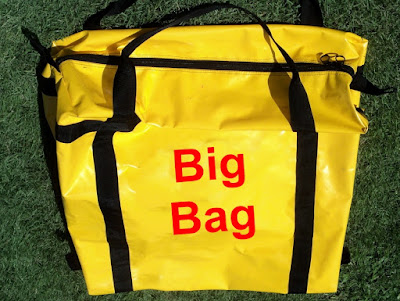 Here's a ghostly story from Audrey Thomas that gave her hope that there may, perhaps, be life after death. Of course you might interpret it differently.


My best friend, Alex, died quite suddenly. In his working life he had been a customs officer, and his last secondment before his retirement was in the anti-terrorist section of Scotland Yard.

Not long after his death, I was in bed, lights out. Then, on the ceiling I saw Alex's face and I heard his voice in my head, repeating two words slowly and with emphasis: "Big bags, big bags."

He had a pronounced Scottish accent, and there was no mistaking his voice. "Big bags" didn't mean anything to me, however ...

A few weeks later I was watching the six o'clock news, during which there was a report of the capture of some would-be terrorists - they were attempting to make explosives from fertiliser.

There on the screen were three large yellow bags and printed on each bag were the words "Big bags".

You can imagine my astonishment. Pre-retirement, this is exactly the kind of raid that Alex would have been involved in.

For most of my life I have been what I can best describe as a seeking agnostic. Now? I still don't know, but I feel that I have been given the gift of hope.

Other Random Posts:
The Supermarket Cashier's Surprising Coincidence
Reincarnation: Her Small Son Had Been Killed In A Previous Life During World War 1
Kate Says She Has Sex Regularly With A Ghost