Help And Assistance From beyond The Grave 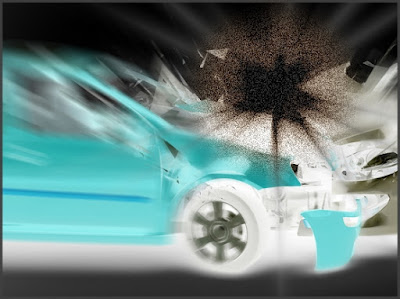 Here's a couple of short stories, from my cuttings, about people receiving assistance from beyond the grave - by their grandfather. Imagination of fact?


"I recently had a car crash. I'm lucky to have come out alive. For a brief moment before the impact, I saw my granddad standing between my car and the oncoming vehicle.

I have no idea how or why this could happen, but I knew in that moment that I would be okay and I felt calm at such an awful time. Strange."


"My sister had given birth to the first grandchild in our family, and had come home from hospital.

She wasn't used to carrying the baby around the house, and tripped over a rug and fell forwards with the baby in her arms.

Her husband saw her stumble and rushed to catch her but, before he could reach her from a distance, she was propelled back to standing. He was as shocked as anyone!

My sister said she smelled our late grandfather's familiar aftershave and knew it was he who had caught her and saved the baby."

Other Random Posts:
The Google+ Photo And Painting Coincidence
White Feathers As Messages From the Deceased
Photo Taken Of Father Showed His Missing Daughter

Email ThisBlogThis!Share to TwitterShare to FacebookShare to Pinterest
Labels: Help, Life After Death, Messages from the dead