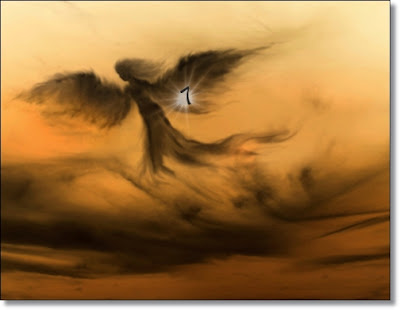 From my cuttings an amusing 'Lucky 7' story which also includes coincidences. I believe it was first published in the Daily Mail a while back and was from a Bob Hunt, England.


Back in December 2002, I suffered a severe heart attack and was admitted to hospital.

The following month I ended up at London's Royal Brompton for a major operation which, thanks to the staff, was a great success.

The cardiac surgeon told me the procedure would add seven years to my life. It took seven weeks to recover and get back to normal lifestyle. I am now in my last year of a seven year period!

Not long after the op, my eldest son, Stewart said, "Dad, as you have had a bad time this year and have been a perfect patient, I would like to give you a present."

He went on, "I'll get your name in every daily newspaper in the UK at the same time."

I was intrigued and asked, "Would I have to murder someone?"

My son laughed and told me to wait and see. He then asked, "When are you and Mum going to Norfolk on holiday this year?"

I told him we'd be going in the first week of July [the seventh month].

Unknown to me, he contacted Great Yarmouth racecourse and paid £1000 to have a race named The Bob Hunt Family And Friends Condition Stakes (Class C), to be held on July 3, 2003, at 3.35pm. On that day, I came down to breakfast at our hotel and picked up a Daily Mail. Looking through the racing section I saw my name!

My son's prediction was true.

When we met up, he said, "Dad, what's your lucky number?"

I explained, "When playing bingo, the caller always says, "On its own, lucky seven."  So as a bingo addict, I suppose that must be my lucky number.

"That's good," he said, and explained that there were seven coincidences:

# It had been seven months since my heart operation.

#The race was over seven furlongs.

#There were seven runners in the race.

#The horse I wanted to back, Tarjman, was number seven.

#The horse was drawn into stall number seven.

#Finally the trainer was a Mr. Stewart, the same name as my son't Christian name.

At the racecourse, just before my race, I dashed over with my son to the bookmakers to place our bet (which was now a bigger stake than normal (oh horse number seven).

There was a queue and incredibly, there were seven people in front of us! They were quickly dealt with and the bet was on.

We anxiously watched the race and, yes! our prediction was right, number seven won.

I was then due to present the winning horse's owner with his trophy. With all of the excitement I felt unwell. My son told me not to worry: he and my youngest son would do the honours. I wondered if my guardian angel had a number seven on her wings.

I was in seventh heaven!