Dreaming Of A Phone Number Led To Romance 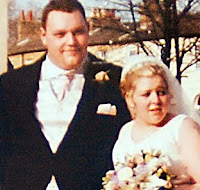 Some coincidences are hard to believe but nevertheless the people involved are always adamant that the stories are absolutely true. One such case is the romance of David Brown and Michelle Kitson - real people, that's them in the photo on the left. It involves a coincidence of phone numbers.

One morning in 2007 David woke with an unfamiliar mobile phone number going over and over through his head, he couldn't shake it off. Curiosity got the better of him so he decided he might as well text the number.

Michelle, a 17 year old, answered. She lived some 60 plus miles away from John, didn't know him but, to cut a long story short, they exchanged texts, then phone calls and eventually agreed to meet up ... and now they are married.

John described what happened, "I went out for a quiet night with some mates and ended up having a few to drink. When I woke up this phone number just kept running through my head." 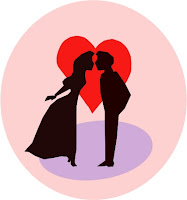 Michelle said that after the initial contact with David, "It was really weird but I was absolutely hooked. My mum and dad kept saying, 'But he could be an axe murderer', but I knew there was something special about it. I hadn't had a boyfriend before. Those first text messages were a real adrenaline rush.

"I believe that things happen for a reason. I know some people will find it hard to believe, but we know the truth."

Regarding their very first meeting David got to their meeting place early and decided to phone her. He saw a girl answer a phone on the opposite side of the road, it was Michelle.

He says of that first meeting,"It was love at first sight for me - I loved everything about her."

About remembering Michelle's number he explains how he has, " ... no idea how I ended up with her number in my head - it's only a few digits different from mine."

Of course many will be sceptical of such a story but the couple insist that it is absolutely true. The Daily Mail newspaper tried to find out how this sort of thing could happen and asked a Professor Heinz Wolff, an emeritus professor of Brunel University.

Professor Wolff answered, "Whatever else it is a charming story but I would be against a supernatural explanation. It is likely the number of this girl was mentioned in the pub (where he was with his mates the nigh before) and somehow this young man overheard it, even without realising, and his subconscious remembered it."

Is this a big coincidence or maybe some precognition in a dream? Were the couple destined to meet or is the spoilsport Professor correct?

David and Michelle know exactly what they believe and so do other people, who have had very similar coincidences with phone numbers and romance.

Like, for example, the friend of Roy Smith's from Vancouver:

"Many years ago a friend of mine was making a regular routine mid-week phone call to his girlfriend. However, on this occasion, he absentmindedly miss-dialed the last digit and ended up talking to the 'wrong number' for an hour or more. They decided to meet for coffee. They got along fine. He ditched his current girlfriend and he and the 'wrong number' have been happily married for over 30 years."

And also Ezgi Erkol from Izmir:

"Almost two years ago when I went to Italy I stayed with an Italian family which had a son at my same age. After coming back to Turkey, I decided to add him to my msn contacts. Fortunately I confused his name and surname and so I ended up adding another person, with the same name, to my list. Although we realized that I made a mistake, we didn't stop talking. Finally he came to Turkey just to see me and we understood that we were the two halves of the same apple!"

Further Reading:
A Romantic Coincidence
Posted by Mike Perry at 17:35