The UK government has released more X-File type information, lots of it about UFOs, a total of 5000 pages. At the time of this post there is free access at the National Archives. 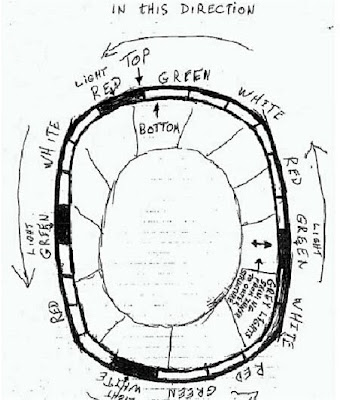 UFO was seen six miles above Crumlin in Gwent, South Wales
on the night of May 9 1998 from National Archives
Most is in pdf format and takes a while to download, but there is some interesting stuff there if you have lots of time to spare. It goes right back to Winston Churchill's day and - after a UFO sighting being reported - ordered that, "This event should be immediately classified since it would create mass panic and destroy the Church."

However, I've picked out something from the files to write about which doesn't involve UFOs. This is about precognition in a dream.

In 1990 a man - whose name has been removed from the files - travelled to the RAF (Royal Air Force) Base in Stanmore, Middlesex. He wanted to warn the guards about a dream he had.

His dream was about a terror attack which was to take place at an RAF base. The man ended up being questioned by police for his troubles.

Exactly one month later, to the day, RAF police confirmed that RAF Stanmore had been bombed. A bomb had been hidden in a rucksack and exploded, the IRA were initially thought of as being responsible.

This was all verified by the MOD (Ministry of Defence). In an answer to a question raised their spokesperson stated, "I can confirm that (name blacked out) did visit RAF Stanmore sometime before the 1990 bomb attack occurred and was interviewed by an RAF
policeman. There was no question of him being arrested."

It's good to see where a precognitive dream has been put on record, and proves to be true. No doubt some will still say this is simply a coincidence and that some dreams must come true by the sheer number that are experienced worldwide.