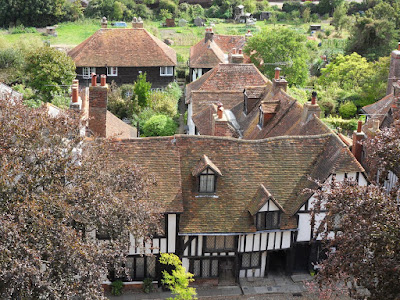 Nothing too dramatic today as far as coincidences go but it's another small personal experience from one of our holidays.

We were staying in a 16th century cottage in Rye, East Sussex, England. That's the row of cottages at the front of the photo. The picture was taken from the church bell tower opposite.

After crossing the fields I wasn't too sure which way to head but saw a sign saying Winchelsea, so I suggested we went in that direction. We approached the village which was highish on a hill and looked to be old and interesting.

We made our way through the old gatehouse and into the village. It was typically, old fashioned England with a big church at the center. Though I don't belong to any organised religion I like churches: the way they feel, the atmosphere inside and so on. They are usually full of history. 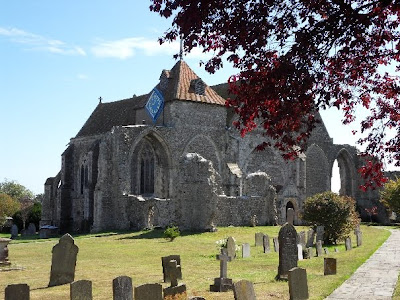 We spent an age in the church and my wife even made a 'rainbow' woollen bracelet while there, which she attached to her rucksack. As we were leaving my wife noticed a photo of Spike Milligan in the church! 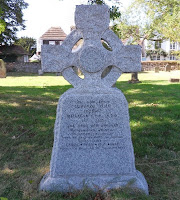 She beckoned me over and, sure enough, it was Spike's picture - with directions of how find his grave in the churchyard. This was completely unbeknown to us. We had no idea where he lived when alive or where he was buried. We now know that prior to his death he was living in Rye.