Another interesting reader's coincidence story today, this time from Markus. 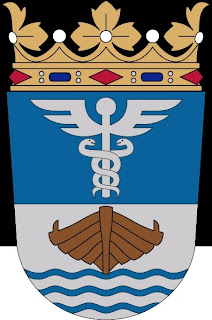 "I’m originally from a small town in central Finland called Jyväskylä. In 2005, I came to study in London, UK.

During my first week at UCL, I got talking with a girl doing the same course as I, who I’ve become friends with since. She was from Norwich, England.

She asked me where I was from, and I said, "Finland." She said, "That’s cool, my auntie is Finnish."

So I asked, "Where do they live?" She said, "Jyväskylä." I said, "Wow, that’s where I’m from."
I asked half jokingly what her auntie’s name was. She said Smith (not the real name, but will suffice here). And it kind of rang a bell, so I asked what she did for a living. She said her auntie worked at the university. I said, "Well, so does my Dad!" But that’s by no means the end of it.

I was talking with my Dad on the phone some time later and I asked him if he knows this Smith person? He said of course he does, she’s the head of his department, his boss in effect.

But the real punch-line of this coincidence is that in 1988, when my Dad went to do research in the States and our whole family moved there for a year (I was 8 at the time), Mr and Mrs Smith had rented and moved into our home for that whole year. And 18 years later I find myself doing the same course as their niece, in a city of some 13 million, in a country on the other side of Europe.

It took me a while to get over this one!"