The Telepathy Of Twin Coincidences 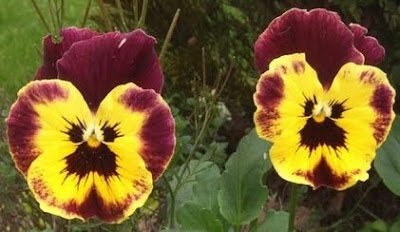 A couple of 67 Not Out readers coincidence stories about twins, both anonymous. I guess there had to be two of them - but are they really simply coincidences?

Telepathic Twin Message
My twin brother and and I have just turned 20 and people find it weird because he's a guy and I'm a girl. They seem to be amazed at how close we are.

When we were 9 years old my brother went to stay with my grandmother while the rest of the family stayed in the city for a couple of months. My father tells the story of how one night it was very quiet, when suddenly I woke up and wouldn't stop crying. It appeared as if I was choking but I wasn't.

No matter what my parents did they couldn't stop my tears and I kept trying to reach over to my brother's empty cot. My dad felt that something was wrong so he told my mum to ring up my grandmother to check on my brother.

My mum didn't really want to make the call so late at night but she rang my grandmother and my gran found that my brother (who has asthma), was in his cot, almost choking to death.

They rushed him to the hospital and thankfully he recovered. According to my father, it wasn't until my gran said the ambulance was there that I stopped crying.

My brother and I have a bond so strong that nothing can break it, we know what each other is thinking and we know when the other is in trouble. I wouldn't give up being a twin for the world.

The Twin Longing
When I went to junior school there was a friend, Jennifer, who kept on saying how she would have loved to have been a twin. Maybe lots of people think how it would be good to be a twin but Jennifer was obsessed by the thought. Sometimes she even pretended she had a twin and talked to her.

One day, when she was 7 or 8, she told her mother how she always wanted a twin sister. It was then that her mother told her she had actually been a twin, but her sister had died at birth.

Further Reading:
Twin Deaths And Other Twin Coincidences
The White Feather Message From The Dead
7:43 A baby Is Born And Again And Again