The Meaning Behind UFO Sightings 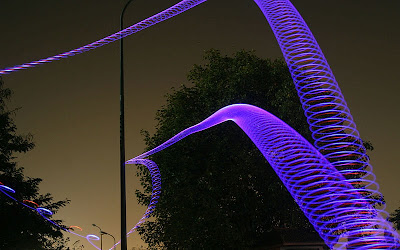 . Perhaps there is a purpose for mankind behind the sightings, and they are not necessarily from aliens.

Vallee sees a psychic component in the UFO phenomena and believes we are dealing with "a different level of existence, a reality that seems to cut through our own at right angles. I believe that a powerful force has influenced the human race in the past, and is again influencing it now. Does this force originate entirely within human consciousness, or does it represent alien intervention?"

Vallee seems to be suggesting that the build up of UFO sightings is to cause a shift in human consciousness. These sightings come in cycles and appear to be controlled so that we get the right 'dosage', for want of a better word.

Vallee aligns this to what psychologists call 'the reinforcement phenomenon' which has been proven with tests on animals. The best ways to introduce something is to combine periodicity with unpredictability. In this way learning is slow but quite continuous and, more importantly, irreversible.

The UFOs may well be teaching us something, without the aid of any direct contact. We are being forced to look up and perhaps realise that we are not simply earthlings but are citizens of the universe.

Colin Wilson, in his book Mysteries,

writes of how he hopes the book may make his readers aware that "the 'control mechanism' may operate from 'in here.' For it has tried to show that man has many levels, many 'selves', and that, moreover, the level of everyday existence is, in some strange sense, untrue. The being which looks out of my eyes is not 'me' at all. He is an impostor, The real 'me' is up there beyond my present consciousness. He knows things that 'I' do not know. Consequently he can plan things that are beyond my understanding.

The recognition could provide the basic hypothesis needed if we are to understand the nature and purpose of UFOs."

Perhaps there is more to UFO sightings than just being little green men from other planets - something much deeper.