The Soul Group Links On Earth 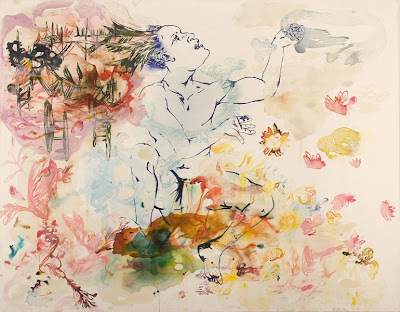 After breakfast this morning I stood up from the table in an awkward way and remained like this while I said something to my wife.  Karin said, "You just look like my father standing there like that."

Karin's father died when she was just four years old so her memories of him are only from early childhood combined with how he looks in a few old photographs.

This got me thinking about the very first time I went to Germany - where Karin was born - to meet her mother and family. Being the new man in her life out came the photos, mostly of her when at school and so on.  Then my mother-in-law to be got out a photo of my wife's father.  Before I saw the picture I remember feeling awkward and uneasy, knowing that I would look like him. I was relieved when I didn't see a likeness.

I don't speak German but, later the same day, Karin told me that her mother said I looked a lot like her father.

This got me thinking about the Soul Groups we are supposedly linked to here and in the spirit world. These might well be people we meet up with from time to time and with whom we feel an instant rapport.

I don't see that a Soul Group would necessarily have physical similarities while on earth. But perhaps we would feel a familiarity about the other person or persons when meeting them.

It could be that I am from the same Soul Group as Karin's father. What Karin and her mother may have sensed might be this connection.  I'm not absolutely sure about this though.

I have written before about how I feel I have always known my son and grandson. I was at the birth of my son and saw my grandson just four hours after he had been born. I felt straight away that I had known them forever.  Somehow I knew who they were. If this is down to reincarnation or a Soul Group again I'm not certain.

What I do feel sure of  is that we all have links with others that reach back over thousands of Earth years.  As I watch my 15 month old grandson I know we have been together previously - don't know where, don't know when - but we know and understand each other well. One day I will remember our previous connection.

Further Reading:
The Law Of Re-Embodiment Or Reincarnation
The Kick Start To A Reincarnation Belief System
A Glimpse Of Her Death In A Former Life