The Guardian Angel Who Saved Her From A Car Crash 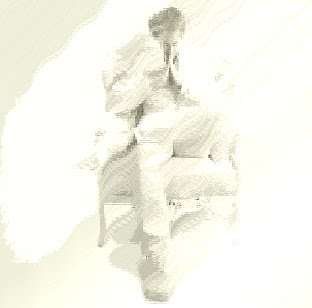 A ghostly sighting, or maybe a guardian angel story, today from 67 Not Out reader Gwendoline.


"I have been reading some of your white feather and ghost posts and I thought I would tell you my tale. Most of my friends don't think it's true but this only happened last month.

I had been visiting some old Uni friends in Tiverton and by the time I was ready to drive home to Lynmouth it was getting quite late and dark. Instead of keeping to the main roads I decided to go across Exmoor on the B roads.

At the edge of Exmoor I was on the B3222 and in front of me at the side of the road I saw a man dressed all in white. He stood out as it was so dark. I didn't feel frightened but as I got nearer to him he started to cross the road which made me quickly put on my brakes. I slowed right down. I knew I hadn't hit him but he had disappeared.

As I was about to speed up again a big lorry came round a bend in the opposite direction. He was on my side of the road but had time to turn back onto the left, where he should have been.

As I got to the bend I realised that if I hadn't have slowed down for the man in white the lorry would most likely have hit me head on. This shook me up and I couldn't get the mysterious man out of my mind. It didn't make sense that anyone would be walking along such a road at night and the fact that he simply disappeared was also puzzling.

When I told my flat mate about what had happened she said it must have been my guardian angel protecting me. But he didn't have any wings and was wearing what looked like a suit of trousers and jacket.

My flat mate reckons that guardian angels aren't always with wings and how we see them in pictures.

This is where my story gets more weirder as I'm sure I saw this man sitting in a chair in our lounge when I got up during the night to go to the loo. But by the time my eyes had adjusted properly he was gone.  I'm not sure what to think."
~ Gwendoline

Further Reading:
A Message Of Hope From The Angels
Her Guardian Angels Visited Her In Hospital
The Meaning Of White Feathers As Messages From The Dead