Is Homosexuality Wrong But Slavery Okay? 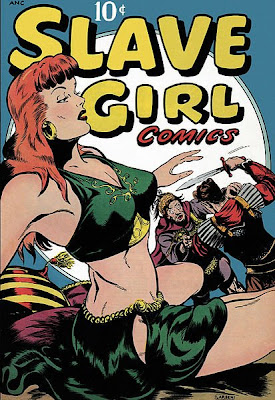 It's interesting how the Bible is often quoted to justify what is right and wrong. Homosexuality, for example, is said to be 'wrong' because of what is written in Leviticus 18:22. To quote: "Thou shall not lay with mankind, as with womankind: it is an abomination."

The problem with quotes from the Bible is that, those who quote, usually cherry pick what fits their argument and conveniently overlook other aspects of what is also written.

The following is something that was sent to me which I hadn't seen this before - but maybe that's because I'm in England and the cutting is from the USA. Whatever - here we go:

"When US radio personality Laura Schlessinger said, to an Orthodox Jew, that homosexuality is an abomination, according to Leviticus 18:22, and couldn't be condoned in any circumstance she received this letter:

Thank you for doing so much to educate people regarding God's Law. I've learnt a great deal from you and try to share that knowledge with as many people as I can. When someone tries to defend the homosexual lifestyle, I remind them that Leviticus 18:22 clearly states it to be an abomination.

But I need some advice regarding some other laws. When I burn a bull on the alter as a sacrifice, I know it creates a pleasing odour for the Lord (Lev. 1:9) but my neighbours claim it's not so pleasing to them. Should I smite them?

I'd like to sell my daughter into slavery, as sanctioned in Exodus 21:7. What would a fair price be for her?

I know I'm allowed no contact with a woman while she's in her period of menstrual uncleanliness (Lev. 15:19-24) but how do I tell? I've tried asking but most women take offence.

Lev.25:44 says I may possess slaves, male and female, provided they're purchased from neighbouring nations. A friend claims this applies to Mexicans but not Canadians. Can you clarify?

A friend feels that even though eating shellfish is an abomination (Lev. 11:10), it's a lesser abomination than homosexuality. Do you agree? I'm sure you can help.

Thank you again for reminding us that God's word is eternal and unchanging."

There are also so many other diverse laws in the Bible that we couldn't possibly follow, but religious teachers somehow forget these. They seem to often preach what suits.

Personally I believe we should all respect each other regardless of race, colour, sexual preference, religion, age and so on ... and live as one.

Further Reading:
The Failed Predictions Of The Jehovah Witness - 2
Was Jesus A Vegan
Hitler And Princess Diana Baptised As Mormons

Email ThisBlogThis!Share to TwitterShare to FacebookShare to Pinterest
Labels: Bible