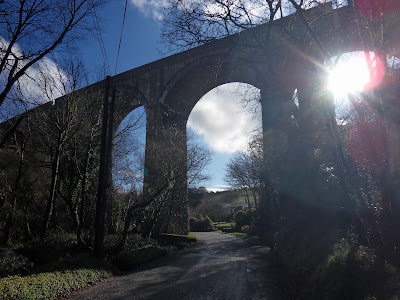 Strolling up the valley from where I live in Cornwall the morning sunshine was shining through the viaduct which carries trains on their way to and from London.

34 viaducts in all had to be build back in the 1850s for, what was then known as, the Cornwall Railway. The initial design was by Isambard Kingdon Brunel, the great mechanical and civil engineer of that period.

His first design consisted of stone piers or columns supporting a timber superstructure, as per the old photo below. This was known as a fan viaduct. But all of that wood was costly to maintain and in 1898 a replacement viaduct was built completely of stone, which is still used today. 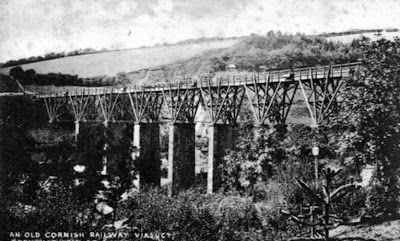 The piers of the original design were left in place and are now known as Brunel's Stumps. I must say that the present solid stone viaduct looks much more substantial and safe than the old fan design. In 1897 a Cannon Hammond wrote, "These wooded bridges are precarious and there have been people who would not take the railway journey through Cornwall because of their supposed insecurity." 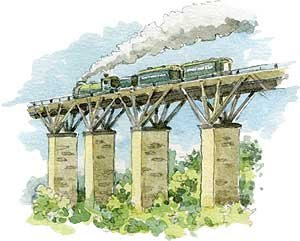 He added, about the viaduct in the valley where I live, "Some of the stone piers are shaky and one in particular, so the engineers assures me, moves when a train passes over it."

There was a certain chill in the air this morning. Most of us in Cornwall are still waiting for summer to start, but now being October looks like it has past us by this year. All we have had instead is rain and more rain, but at least the reservoirs are full to capacity. 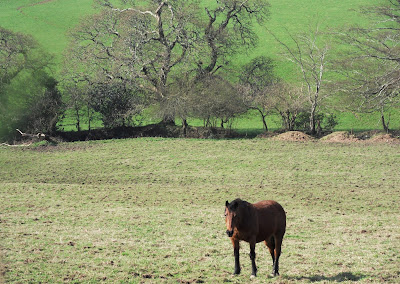 Not sure what has happened to all of this global warming we were promised. Even some of the local horses are wearing their coats. 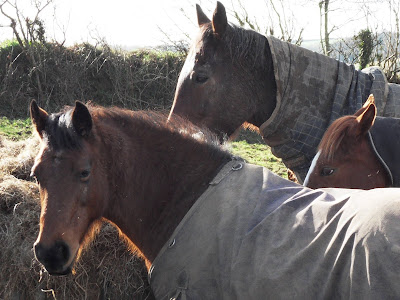