UFOs And Aliens Linked To Dreams 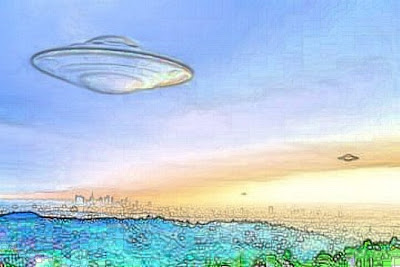 Okay, I realise I may be getting into the world of fantasy here, but two stories follow from 67 Not Out readers as comments to a couple of my posts on UFOs. They both involve dreams.

It's interesting as to where and when dreams turn into a form of reality as per these stories. Do we create our dreams or are we simply observers? Probably a little of both. Anyway, see what you make of these experiences.


When I was young I saw a UFO hovering over my back yard while catching fireflies. My siblings had already gone inside and I was the alone but my cousin, who lives across the street, saw it that same night, with her parents, through their kitchen window.

Recently I had a 'dream' that a mother alien and her son came to my room and took me to their planet.

Now usually in dreams you can't smell things but in this one I could. I could also feel the mist of their foggy planet against my face. It was a heavenly place to be.

Me and the boy conversed about normal things like food and video games. He had a lighter than air device that projected video games. After he had showed me this his mother said it was time to leave and took me home.

The boy said to me, before leaving, that he would be back for me.

The thing is though, they looked no different to you or me. Their eyes were slightly bigger, like they have so much wisdom which makes them appear bigger. Also they were pale, but the mother was beautiful with extravagant make-up that would be considered odd here but looked perfectly normal there.


When I was young I used to wake up shaking, and in terrible pain. I also had nightmares but never with extraterrestrials, though sometimes with monsters.

I would wake up with pain in my legs and arms that would last for days. My mother blamed this on growing pains. I awoke one morning with a mark on my left foot big toe. That night I had the worst 'growing pains' I have ever had.

I still have the mark on my toe and it has some substantial mass to it.

Other Random UFO or Alien Posts:
UFO And Alien Sexual Encounters
Aliens May Cause Death Disease And Displacement
The Cumberland Alien And The Men In Black