Dumb Ways To Die And Censorship 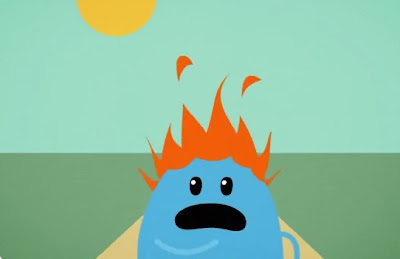 I found the video below on Inga's Google+ page - and the song Dumb Ways to Die is going over and over in my head now!

It's interesting how Inga first saw the video herself, she writes, "I learned about its existence all because a Russian designer's web site was closed by our authorities for containing the video. Things in Russia are getting curiouser and curiouser."

The 3 minute video is on YouTube but Inga now says, "By the way, I can't view the video on YouTube any more﻿." She added, "Strangely (and luckily) I can still view it on Google+. Obviously the ban doesn't apply to Russian users of international social networks like Google+﻿"

Interesting, isn't it, how almost innocuous things are censored on the Internet in some parts of the world. Dumb Ways to Die is actually part of a train safety campaign by Melbourne Metro Trains in Australia.


Other 67 Not Out Stories:
Having A Pint With Jesus In Looe Cornwall
One Billion People Do Not Have Access To Water
Compelling Proof Of UFOs Goes Missing

Email ThisBlogThis!Share to TwitterShare to FacebookShare to Pinterest
Labels: Video