In Life We Are Participants Not Observers 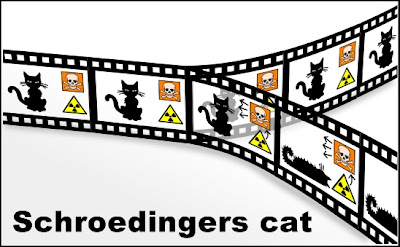 On Tuesday I published a synchronicity story from Jeff Terrell. I thought I'd follow this up with another of his experiences. It's interesting because it is about the choices we make and how, perhaps, these determine our reality. See what you think.


"I was reading about Nikola Tesla one night and read how he listened intently for frequencies in sounds. This allowed him to hear things in a way, or just simply hear things, that others normally didn't.

So I decided I would give it a try the next day.

I went to work in my then job as a limousine driver and listened intently to sounds. I found I could distinguish between tires in their 'pitch' or sound. Just as I did this ... one specific tire changed ... a very very subtle change, but I heard it.

I thought, 'What if that means something about the tire?' and considered pulling over to check. But because it was so slight - I had passengers in the car and could just imagine trying to explain. So I decided to 'let it go, and let whatever happens, happen'.

Just as I thought this, a very vivid vision came to me, showing the car broken down with a flat tire at a specific spot on the 60 mile journey.

The next day I drove four theoretical psychologists. One made a comment about psychology that I felt compelled to respond to. My comment: was 'That's because we're participants not observers.' One of them was interested in what I'd just said and moved to the window and we spoke while the others went on about their topic of interest.

He asked what I'd meant, and to explain, I said:

'There is a psychological experiment called Schroedinger's Cat where his conclusion to the example was that at any given moment, there are futures of potential, some more probable than others, but by our observation and measurement and thereby choices, we help decide which reality is to be seen. In this way, we are participants or co-creators, not just observers.'

Then to show the point I described the tire incident which had occurred the day before, using my decision of no decision as the deciding point of that potential future. My choice (to do nothing) then caused all other potentials to collapse simultaneously as the 'path' was chosen."

Other Random 67 Not Out Stories:
Phantom Limbs That Can Pass Through The Body
A Retrocognition Experience
Top 10 Coincidence And Synchronicity Stories