Follow The Self Help Signs Of Synchronicity And Coincidence 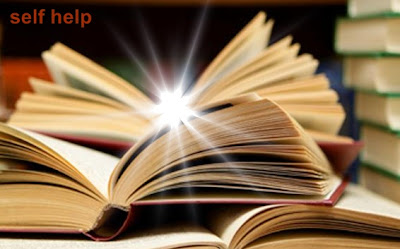 A coincidence and synchronicity story follows from a 67 Not Out reader who wishes to remain anonymous.


Just over a year ago I was going through a crisis in my life. One day I was walking past a bookshop and decided to seek out an inspirational book that might be of some help. I was browsing through the self help books when the proprietor approached me and asked if he could be of help.

I must have looked a bit of a desperate as he reached for a book and told me how he had been through some recent trauma himself and found A Return to Love particularly helpful. He then went on to read the last page out loud to me. I was immediately put off, it didn't appeal to me, and I purchased a different book instead.

A couple of months later I was looking to buy a house and I viewed a property I had a good feeling about. As I was leaving I noticed this same book on a shelf in the hall. The people who had been living in the house spoke about how happy they had been living there.

About a week later I read an article in a newspaper about the author of the book, Marianne Williamson, and thought maybe it might be worth reading after all. I mentioned the book the same day to someone at work who said she was reading it at that time.

I didn’t think any more about the book again until about a year later.

I was then walking along a street with my son in a another inner city suburb. He asked me what I would like as a Christmas present and I said a book would be good. As I looked up we were walking past a bookshop.

I remembered A Return to Love and said, "How about we take a look in this shop." I had never been in the shop before.

As we entered I went immediately to the self help section to see if it was there. I heard a voice behind me say, "Can I help you?"

I turned round to find the same man from the other shop I had been in originally over a year before. "How come you are in this shop I asked?"

"Oh, I own this shop I sold the other one a few months ago," he answered.

"Well I don’t expect you to remember me but you recommended a book to me a couple of years ago and now I am here to buy it," I said.

"What is the book called he asked?”

When I told him his eyes widened and he said, "That is amazing. Just before you entered the shop I suddenly had a thought about that particular book. I went to the shelf and got down A Return to Love to have a look at and it is sitting on the table here. I had my hand on it when you came into the shop."

I decided I had to finally buy the book.

I haven't read the book mentioned in this story so can't therefore give an opinion on it, but I see it is available on Amazon: A Return to Love: Reflections on the Principles of "A Course in Miracles"