The Case Full Of Memories 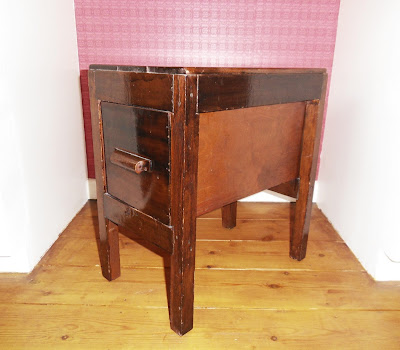 I had a strong, vivid dream last night, which I couldn't stop thinking about, even after I had woken in the early hours. It was about my father's wooden case. 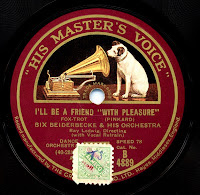 When I was young dad made himself a small case - briefcase size with his initials JAP in one corner - from offcuts of wood. In this he would pack his sandwiches for the day before he set off to work. In the evenings the case would contain his daily newspaper, in those days the News Chronicle, along with more small offcuts of wood which we would use for the fire in our living room. These he got from the carpentry department of the HMV factory where he worked for many years, This later became known as the EMI.

One of my biggest memories is of how we went to football matches together around the London area. He would again pack sandwiches, plus a flask of tea and also two blocks of wood. 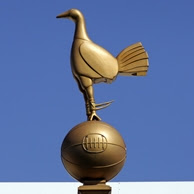 The blocks of wood were put on the ground, with the case on top. I would then stand on this when small so I could get a better view of the football. In those days most spectators stood when watching the match. Dad, me and the case went to see most of the London teams: Spurs, Arsenal, Chelsea, QPR, Millwall, Brentford and so on.

All in all the dream brought back a myriad of memories from when a child. I suppose my question is about vivid dreams like this: Could they be a form of spirit contact? Dad perhaps saying, "Don't forget me, I'm still about."

Maybe that is a bit fanciful for some, but some dreams do often appear to be meaningful and carry on ticking over, even when fully awake.

I remember reading somewhere about thoughts or words which 'pop' into the mind unexpectedly. The writer suggested that though we may not see any reason for these the subconscious (unconscious) does. Could it be that random thoughts and dreams are therefore related in some way?

Whatever the reason for my dream, it felt good to think about him. We have bits and pieces around the house that are reminders of my dad. The stool, for instance, at the top of this post is special for me. It may not look much but I can still see dad making this out of - yes - offcuts of wood from the HMV that would otherwise have been thrown away.

Then there's the glass biscuit barrel in our hall. On Friday evenings, after work, he would put the housekeeping money for the week ahead in the barrel for mum - and more besides.

Lots of happy memories were released from that wooden case.

Other Posts Featuring Dad:
Memories Of Perry Winkles
The Missed Post Coincidence And Other Wanderings
Speaking To My Dead Father