The Coincidences Of Twins Growing Up Separately 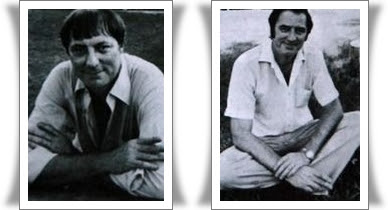 If you are into coincidences and synchronicity you may well have heard of the following, as it's now considered a classic.

It's a story of twins who were adopted while babies to different families. They never knew each other while growing up but finally, on February 9, 1979 after 39 years, they were re-united. It was then that the coincidences were discovered. It was as if they had been living parallel lives.

James Lewis, one of the twins, an Ohio resident, was married to a woman called Betty with whom he had a son James Alan. He had previously been married to someone called Linda.

James Springer, the other twin (note they both had the same first names) also married a woman called Linda but they got divorced. He, in turn, met a woman also named Betty who became his second wife and, yes, they had a son named James Allan.

These coincidences alone would have been amazing enough but there was much more:

# Though named James they were both known as Jim.

# Both had dogs named Toy as children.

# They both liked carpentry and maths while at school, but hated spelling.

# They both had law enforcement style occupations: James Lewis was a security guard while his brother was a deputy sheriff.

# They both suffered migraine headaches at the same time of day.

# They both both had high blood pressure.

# Both had undergone vasectomies.

# They both disliked baseball.

# They both favoured St.Petersburg in Florida as a vacation beach ...

Dr. Thomas Bouchard of University of Minnesota got in touch with the twins to study the similarities in twins while growing up separately. This was as part of the Minnesota Twin Family Study.

Bouchard studied the personalities and attitudes of the twins, and the resulting similarities were again astonishing. In one test which measured personality variables (tolorance, conformity, flexibility), the twins' scores were so close that they approximated the averaging of the totals of one person taking the test twice.

It does seem that some twins have a very special connection, as there are many similar stories: