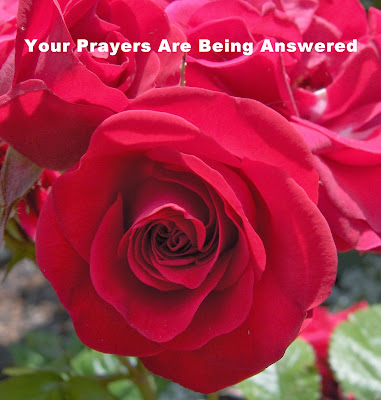 I have published many posts on this blog about white feathers. Mostly people finding the feathers have linked them with loved ones who have died. It's as if they are messages from the dead. I have experienced this myself but the following, from Nama Freesa, is a variation on the theme. This time the feathers (and also roses) are being seen as a symbol or message that prayers are being answered. See what you think.

"I experienced feathers all about me whenever I would pray. I prayed for my wayward son at one point in my life, for God to help lead him on a righteous path.

He told me a story about his mother during the Vietnam War era and when his brother served during that time. His mother would pray for the safekeeping of her son, and she always knew her prayers were being answered by coming across a rose. I told him about finding feathers whenever I prayed for help or guidance, and he told me that the feather was the sign of the Holy Spirit. So, not only are your prayers being answered, but they are being answered by the highest of all powers.

That brought me such great comfort."

I'd never heard previously of roses being a symbol of prayers being answered, though I do remember hearing something of St Theresa of the Roses as mentioned above.

I found a little more on this on the Society of the Little Flower website. To quote: 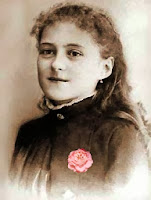 "As she was dying in the convent infirmary, Therese could look out and see the rose bushes blossoming. She loved roses. She had thrown rose petals as a Child before the Blessed Sacrament. As she reflected on her quiet, hidden, and gentle life ending, she believed in faith that God had great things in store for her. She believed that her mission was only beginning as she entered the fullness of life with God. She explained: "After my death, I will let fall a shower of roses. I will spend my heaven doing good upon earth. I will raise up a mighty host of little saints. My mission is to make God loved..."

Shortly after her death, the rain of roses began. Sometimes roses literally appeared, and sometimes just the fragrance of them. Cures of painful and fatal diseases and many other miraculous experiences were attributed to her intercession. Sometimes people found inner peace and regained an inner warmth of spirit and confidence, by appealing to St. Therese."

So white feathers and roses may be signs that prayers are being answered. It would be interesting if anyone else has found this to be the case.

Other Posts:
The Flesh Eating Bug Overcome By Prayer
The Meaning Of White Feathers As Messages From The Dead
The Great Unknown Link Between God And Man

Email ThisBlogThis!Share to TwitterShare to FacebookShare to Pinterest
Labels: Life After Death, Messages from the dead, Prayer, St Theresa