I picked up some old photos of Cornwall from a charity shop and thought I'd try to find out how the same views looks today. This is my first attempt.

The picture above is of Pentewan, Cornwall overlooking the small harbour. It was taken circa 1900.

So over 100 years later I tried to find the same scene. It was difficult and I was unable to get the exact view. I climbed a small path up the side of the cliffs and found the same cottage - see photo below. It looks very much the same but when I tried to go higher, to exactly match the 1900 photo, there were too many bushes and trees to take a photo.

The skyline looks pretty much the same and I made the photo black and white to compare better.

I also snapped a photo from down below to show where the cottage is positioned. Unfortunately another property has been built partly in front of it - spoiling the view for the owners. I placed a red dot on the cottage. 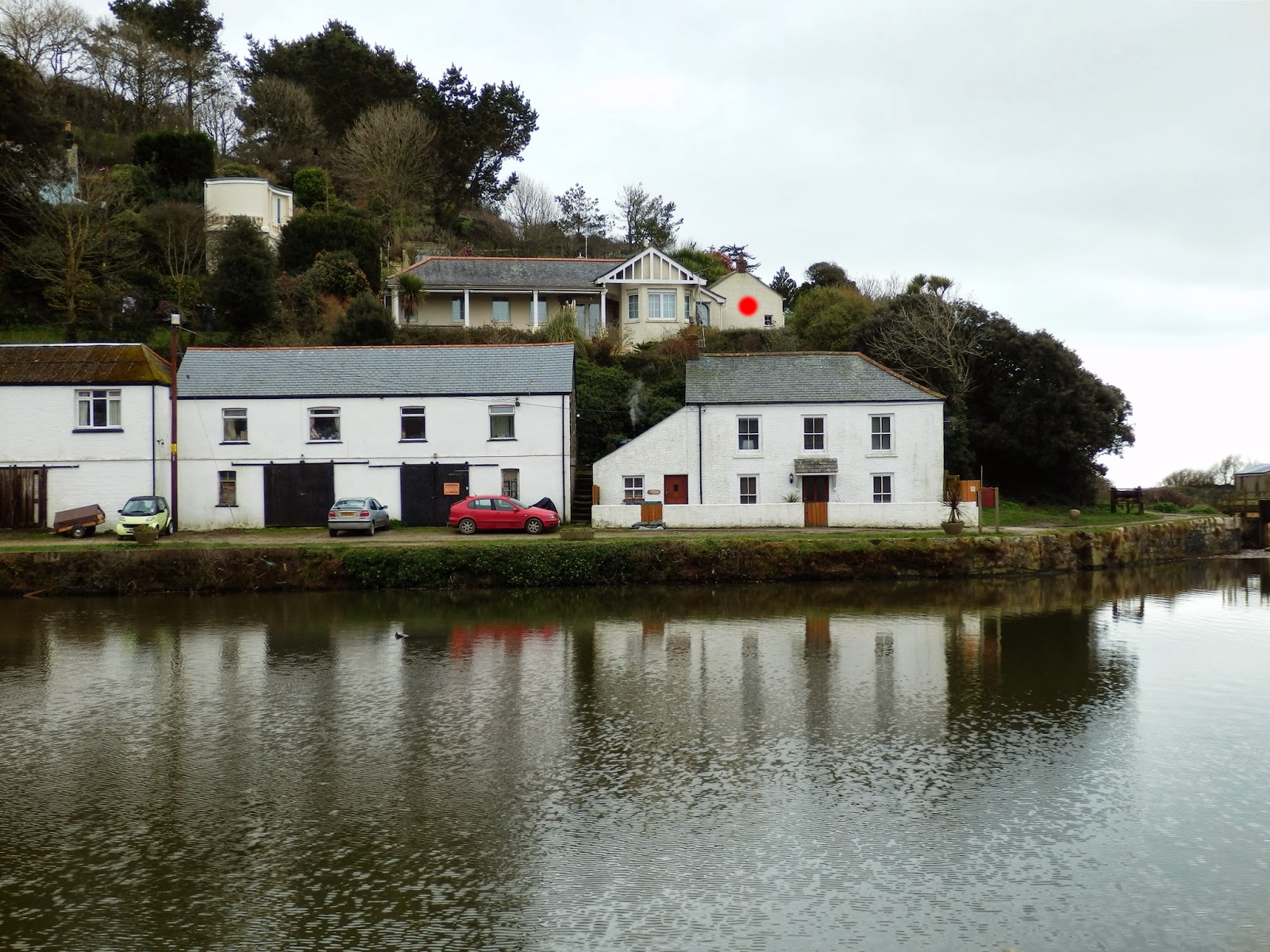 The house below the cottage is the old Harbour Master's residence. In the late 1800s and early 1900s the harbour would have been full of tall sailing ships exporting local clay, metals and the like all over the world - you can see a few of the sailing ships in the top photo. Today that is a thing of the past, it's now a quiet village that will be full of holiday makers in the summer season.

Other Cornwall Posts:
The Cornish Mystery Of Trevethy Quoit Stones
Observing What Is Often Missed At Pentewan
The Mystery Of The Cornish Roche Rock And Hermitage