Top Ten Posts For February On 67 Not Out 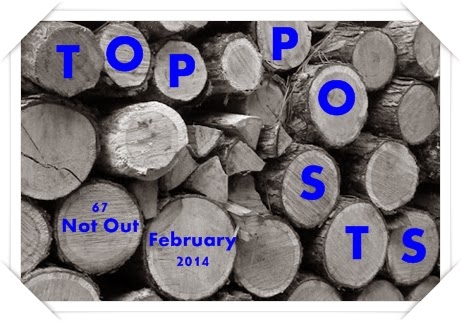 So, that's two months gone of 2014, time flies. Here are the Top 10 most viewed posts for February on 67 Not Out. Some old favourites are still getting lots of visits, but there are a few new intruders - including, surprisingly, at number one.

1. A Sighting Of The Bank Of England Black Nun Ghost
I was on a short visit to London and was walking alone in the late evening along Threadneedle Street, near to where the Bank of England is positioned. Suddenly, without warning, this lady was walking towards me, I don't know where she had appeared ... Read full story.

2. Photo Taken Of Father Showed His Missing Daughter
Michael Dick hadn't seen his daughter, Lisa, for over 10 years. This was since he had separated from his first wife. Determined to make contact with her again Michael travelled to ... Read full story.

3. The Ghost Who Chased A Thief
A few years back, before I lived with my partner, I was living at home with my parents for the summer after University. They were going away on holiday and left me with the responsibility of looking after the house. I didn't mind being alone but I asked a girlfriend to stay over ... Red full story

4. The White Dove As A Messenger Of The Dead
This white dove would not move to let me by. I made noises, waved my hand, stared at the dove - nothing happened. Finally I went in the back door of my house. I looked out the window and this one lone white dove was still on the front steps at 4pm and 5pm and 6pm. At 7pm that night I received an urgent phone call ... Read full story.

5. The Mysterious Skull With The Golden Wreath Of Protection
I photographed this skull with a gold wreath while in Crete. It was discovered while excavations were taking place and is believed to have been that of an athlete. In the second large photo below a coin is also shown which was found inside the skull's mouth. This is a silver tetradrachm ... Read full story.

6. The Meaning Of White Feathers As Messages From The Dead
By white feathers I mean how they can often be found following a loved ones death. This has certainly been my own experience. I lost three people close to me in a short period of time ... Read full story

8. The Unusual Contact With Her Dead Mother
My mother broke her hip quite badly following a fall and we thought it best that she move in with my husband and I. As she couldn't walk she passed the time watching television, but most of all she loved to knit. In fact she never seemed to stop even for her favourite TV soap. She knitted gloves ... Read full story.

9. The Ten Secrets To Living A Long Healthy Life
It's a story about a Greek war veteran, Stamatis Moraitis, who was living in Florida, USA when, in 1976, he was diagnosed with lung cancer. He recalls that several doctors confirmed the diagnosis and gave him only nine months ... Read full story.

10. The Mysterious Shell Creatures On Cornish Beach
I snapped the above photo on Sunday and I'm wondering what it is - erm, not what it might look like as Karin has already made one suggestion, which I'll ignore! We went to Pentewan Beach, Cornwall to see if there had been any storm damage ... Read full story.