Do You Care If You Are You Eating Halal Meat Without Realising It?

This is a follow-on from yesterday's post Subway Forces A Halal Meats Only Policy On British Customers. I see that the Daily Mail has brought up the subject of halal food again. I know they tend to be ultra critical and sometimes a bit over the top with their reporting but it does seem that other places are selling halal meat without customers being aware of this. They write on the front page of their newspaper dated 8th of May:


"MILLIONS EATING HALAL FOOD WITHOUT KNOWING IT. Supermarkets and restaurant chains are selling halal meat to millions of customers without telling them.

The switch to slaughtering animals in line with Islamic ritual saves money because the end product can be eaten by Muslims and non-Muslims alike.

More than 70 per cent of all New Zealand lamb in supermarkets is from halal abattoirs - a fact not stated on labelling. Tesco, Sainsbury's, Morrisons, Waitrose and Marks & Spencer all confirmed yesterday they sell imported meat.

It also emerged that all chicken served by Pizza Express is halal - something made clear only on the company's website. Chains including Domino's, GBK, Nando's. KFC, Ask and Slug & Lettuce use halal meat in some dishes."

One thing that stands out about the whole issue, no matter what your views on halal food, is that the food industry is once more pulling the wool over consumers eyes. Often we don't know what is in our food - remember the UK horse meat fiasco? But, of course, the likes of politicians, governments, media, bankers, drug companies etc also often indulge in a wool pulling trick to varying degrees.

I wonder if this sort of thing is happening in other countries besides the UK? 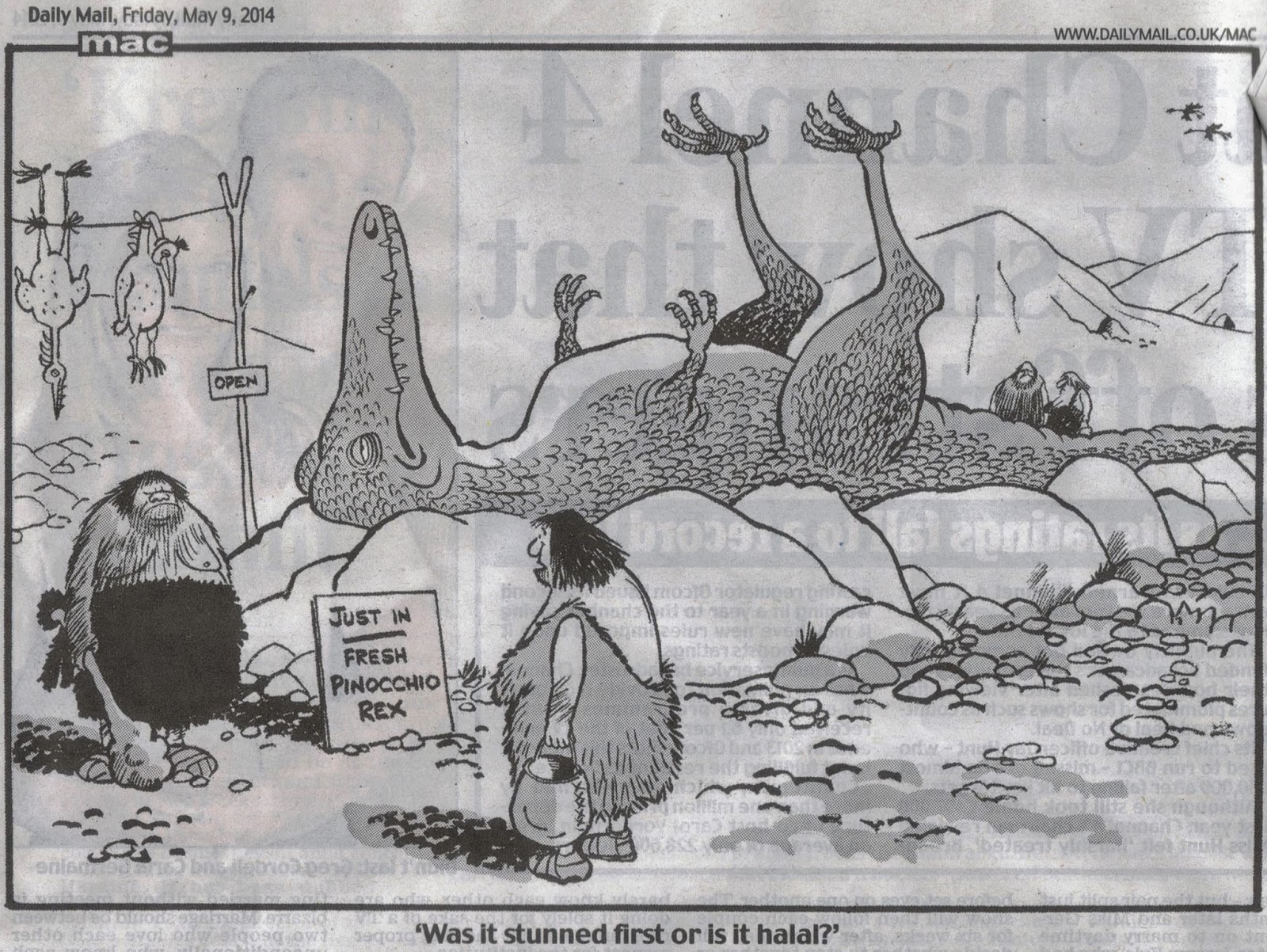 Other Food Posts:
Food For Thought: Peas Or Peace
Holy Man Hasn't Had Food Or Drink For 70 Years
Was Jesus A Vegan