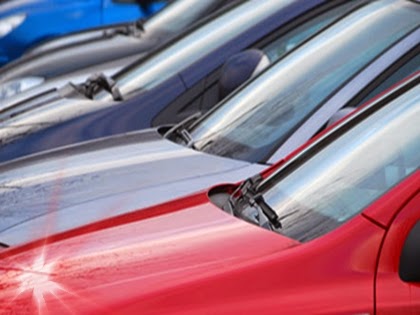 A coincidence story from reader Jamie Jones. Are we sometimes influenced to park our cars in a specific parking space? You'll see what I mean by this from Jamie's story.


"This is a coincidence story that has stuck in my mind.

I was on the M4 motorway heading towards London with my father in his bright red car, he had had it resprayed. We stopped at the motorway services for some lunch and a break from driving. A man was getting into his car parked next to us. He must have liked the colour of my father's car as he started talking to him about it. They talked for a few minutes about cars in general and how so many of them are silver (this happened about ten years ago).

We then went into the services restaurant for something, overpriced, to eat. We must have stopped for about an hour in total and then got driving again on the M4.

We were visiting an old friend of my father's, Jimmy, who had been quite ill, but had never been to where he lived previously. He had moved since they had last seen each other.

We reached Harrow but couldn't find Pinner Road, the address where Jimmy lived, so we stopped to ask someone for directions. My father got out of the car and started talking to a man, I then realised it was the same man who had parked next to us at the service station.

This would have been coincidence enough but it turned out that the man also lived in Pinner Road, a few houses down from Jimmy."

But, no doubt, we are influenced to do many other things as well without realising it.