Girls Married Brothers And Each Has Four Sons And Three Daughters 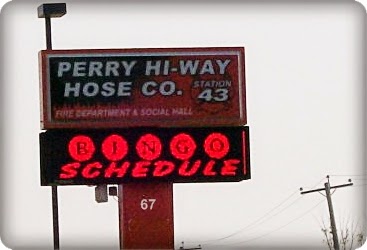 A quickie coincidence story today, which shows how family lives are often intertwined. I was drawn to this example as one of the sisters mentioned lives in Perry Highway (my surname being Perry).

The Hills sisters - Marie and Dolores got married, as girls do - but they married brothers: Joseph and Clarence Osterrieder.

Following their weddings, and a lack of birth control, children started to arrive for both families. By 1957 Marie and Joseph had four boys and two girls whereas Dolores and Clarence had three of each.

However fate played a role as the sisters both gave birth once more - and just a few hours apart (of course!). Dolores had another boy and Marie gave both to a girl. This balanced things up nicely as each family then had four sons and three daughters. On this count they all decided enough was enough.

The husbands Joe and Clarence both worked for the H.J.Heinz Company and were both employed as foremen. Oh, and I didn't mention that both couples chose to marry in the month of May.

Okay, nothing too stupendous, but that's life at times. It's when we look at life as a whole that we sometimes realise the influences and synchronicity that may have helped us along the way.