The Celtic Cosmos Of Infusing Worlds 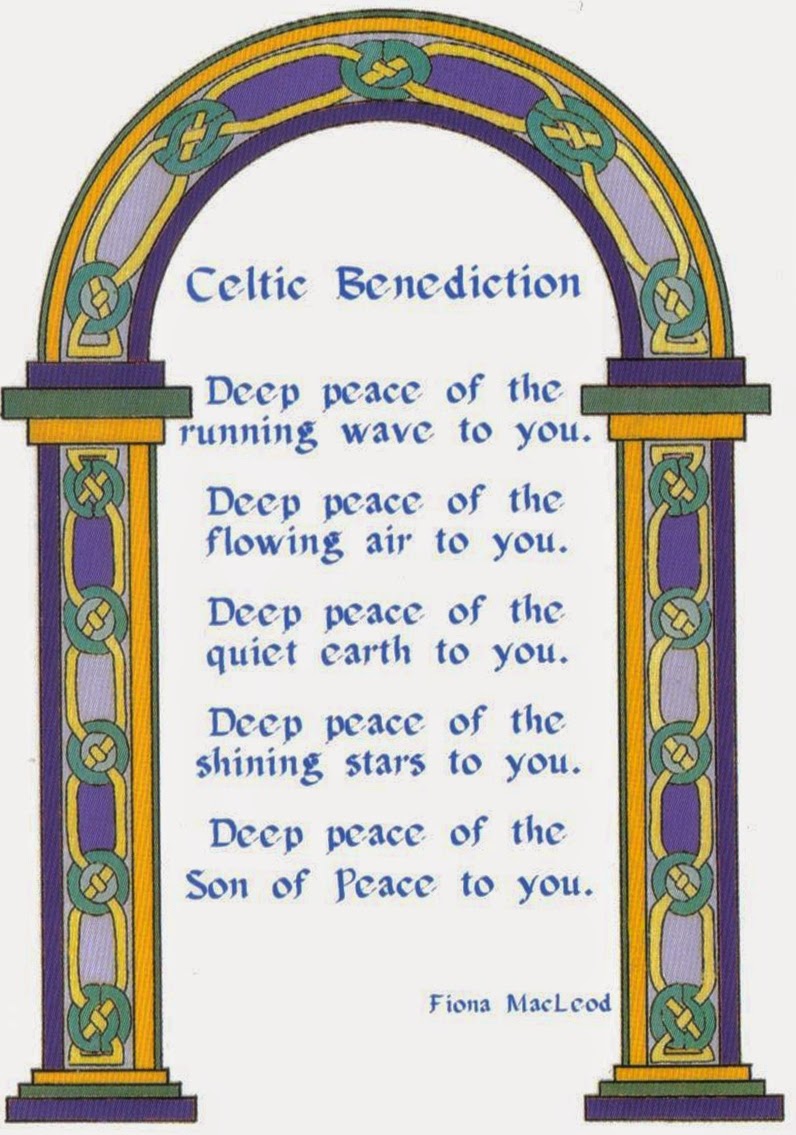 My best friend, who died, came to mind while I was reading something about Celtic Britain. I thought no more about this and, after I'd finished what I was reading, I pulled out another book from my shelves about Chinese Yoga - wasn't too sure why.

I opened it up and a card fell out - as shown above - with a Celtic Benediction. The strange thing is that it was my friend's wife who had given me this, following his death. I was wondering what had happened to it!

So life sometimes passes along in a kind of pattern with one thing leading or linking to another - pretty much as does the Celtic view of the Cosmos where there are three realms:

THE HUMAN WORLD: This, as the name suggests, is the world of the Humans and also of Nature and Life. The Self, while in The Human World, is accompanied by a body, and its perceptions are determined by the natural senses. It is said that humans can learn awareness of the eternal Self while incarnate and thereby gain some understanding of the inter-penetrating, immortal existence in the Land of the Living.

THE FAIRY REALM: The world of the Gods and Goddesses and Ancestors. The Other-world of the Fairies infuses the Human World at all times with is power and numinosity. It can be a seductive and dangerous place. It is the view of the Land of the Living provided by the physical senses.

THE LAND OF THE LIVING: The Land of Youth, Women, the Blessed Ones. The dwelling place of the eternal Self when it is not with a body. This realm infuses, surrounds and contains the Human World. It is infinite, knowing no corporal, spatial, or temporal limit.

Okay, that's it: worlds or realms appear to merge or overlap at times, so this would explain why we may be able to see, or have messages from those who have gone before - and may even be able to see a fairy or similar creature if we are observant.

But, whatever, deep peace to you.

Random Recent Posts:
The Telegram That Told Of A Death
The Remarkable Coincidence Of The German Emperor Who Tried To Eat The World
The Mystery Of The Mouse Triangle