He Glimpsed Heaven And No Longer Fears Death 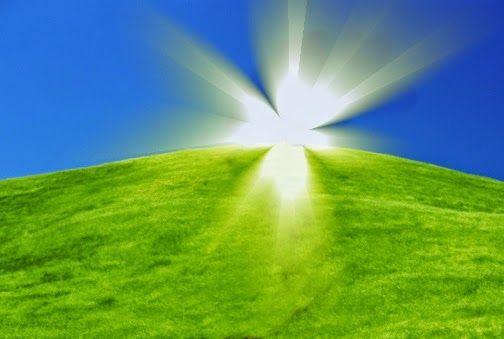 An experience today about how Roy Goff believes he glimpsed the life that awaits us all after death.


"I'm not prone to fanciful ideas and I'm not particularly religious. Yet and experience I had on New Year's Day 1995 left me in no doubt that life on Earth is only the beginning of existence.

I'd been in ill health for some time, and, after taking a walk to see in the New Year, I started to experience pains in my chest.

At the time I lived alone, so once I'd returned home I rang the doctor's surgery and talked to the receptionist. I told her I would go to bed but leave the front door open for the doctor to come in.

By the time the doctor arrived I was drifting in and out of consciousness. I remember being driven to hospital. All the while I was feeling sick with fear about what was happening to me.

Slowly that feeling of fear left me, and I saw myself in a field full of long grass under a blazing sun. Stretching ahead was a ill where, looking up, I could see the figure of a young woman.

She was wearing a voluminous black dress, which reached the ground, and a tight fitting white bonnet - just like the clothes my grandmother used to wear.

Peeping out from behind the woman's skirts were two little girls,similarly dressed. They were all beckoning me to join them.

Although I didn't recognise them, I did want to be with them. Immediately, in a flash like a bright star exploding, I was back in my body and full of pain again.

I had, they later told me, suffered two heart attacks and 'died' twice, but fortunately they brought me back to life each time.

Nothing like tat vision had happened to me before, or has happened since. I believe I did catch a glimpse of the life that finally awaits us all. I firmly believe that after our death we continue in another place. And my experience has certainly taken away my fear of death."

Other Recent Posts:
How To Create A Stream Of Coincidences, Serendipity And Synchronicity
10 Photos Of Mevagissey Cornwall And The Monkey Hanged As A Spy Top 10 Posts For November: White Doves, Pendulum, Dogon People, UFO, Time Slip, White Feathers, Coincidence