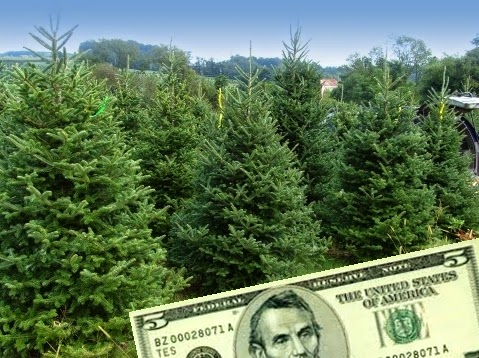 Two 67 Not Out reader's coincidence stories. The first from Barry Simon who previously sent me the story in my post Time Travel Author And The Quaker Same Name Coincidence and the second is from Roy Adler. My thanks to them both.


"At 15 I used to get into a lot of trouble. Through that dark part of my life it was still important for me to buy Christmas gifts for my family, especially my sister. One snowy night my friends and I helped a man, who was selling Christmas trees, by putting them away for the night into a truck freight container. We did this for 3 nights in a row and each night he gave us 2 dollars each. My Christmas $ was piling up, but still on the short side.

It was snowing hard one night when we showed up. The man selling looked kind of depressed because he hardly sold any trees that night. It didn't occur to my teenage mind that he would probably use his profits on us. My friend sensed this and after we put all the trees inside he told the guy, "That’s alright you don’t have to pay us tonight". I have to admit my jaw dropped. My friend laughed and pushed me along.

As we walked home through the snow we passed a bank and my friend stepped right on top of a five dollar bill. I grabbed it and ran. When my friends found out they chased after me and wanted to spend it on soda and junk food. Instead I used it to buy my sister a gift."


"I was on holiday in Switzerland and at the hotel we were staying at we met another British couple, about our age, and got talking to them over an evening meal. We must have had a few too many glasses of wine because we started talking about previous relationships we had all had.

It was my partners turn and she started to tell of her first proper boyfriend from when she lived in Cardiff. She said his name and the street where the boy lived.

The other girl said, "Oh God, I went out with him too!"

After checking a few embarrassing details it was the same boy.

Other Recent Coincidence Stories:
How To Create A Stream Of Coincidences, Serendipity And Synchronicity
D'Artagnan And The Violinist's Castle Coincidence
Father And Daughter Re-United Through Coincidence