Look Out! Look Out! Karma Is Coming to To Get You! 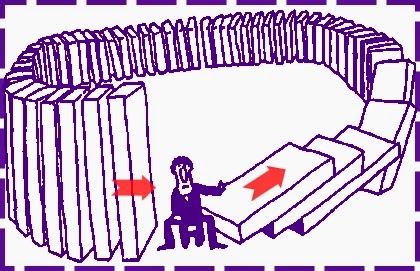 Not sure where I'm going with this post but I have been thinking a lot about karma recently. At the present time it's something I believe in, as it answers so many questions. Things such as: Why are some people lucky and others unlucky? Why do some people have hardship and others are born with the proverbial silver spoon in their mouth? And so on.

There appears to be a lot of injustices in the world, but what if there is a reason for this rather than it simply being God's will - or the luck of the draw, if you don't believe in any supreme power.

A lot of people write off karma but then go on to use expressions like: what comes around goes around; it's what he/she deserved; tit for tat: an eye for an eye, measure for measure ... and so on.

'An eye for an eye and a tooth for a tooth' comes from the Bible, but it doesn't - in my opinion - suggest that we seek revenge in a similar fashion to what has been done to us. It's a reference to karma. It can never be right to seek revenge because we would surely be creating more bad karma for ourselves. The Bible clarifies this in Matthew 5:38-39 (if you are a Bible believer, that is):

"Ye have heard that that it hath been said: An eye for an eye, and a tooth for a tooth: But I say unto you, That ye resist not evil: but whosovever shall smite thee on they right cheek, turn to him the other also."

So what is Karma? Here's Wikipedia's version:


"Karma means action, work or deed; it also refers to the principle of causality where intent and actions of an individual influence the future of that individual. Good intent and good deed contribute to good karma and future happiness, while bad intent and bad deed contribute to bad karma and future suffering. Karma is closely associated with the idea of rebirth in some schools of Asian religions. In these schools, karma in the present affects one's future in the current life, as well as the nature and quality of future lives." 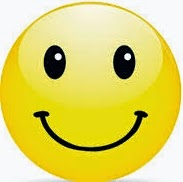 As a humour break here's what Mahatma Gandhi said about karma:
"An eye for an eye only ends up making the whole world blind."

Martin Luther King, Jr said something similar:
"That old law about 'an eye for an eye' leaves everybody blind. The time is always right to do the right thing."

While on the theme of what others have said I'll move on to other quotes from various religions.

Now as a man is like this or like that,
according as he acts and according as he behaves, so will he be;
a man of good acts will become good, a man of bad acts, bad;
he becomes pure by pure deeds, bad by bad deeds;

Happiness comes due to good actions, suffering results from evil actions.
By actions, all things are obtained, by inaction, nothing whatsoever is enjoyed.
If one's action bore no fruit, then everything would be of no avail,
If the world worked from fate alone, it would be neutralized.

As a man himself sows, so he himself reaps; no man inherits the good or evil act of another man. The fruit is of the same quality as the action.

And so it goes on, even in Wicca they have the Rule of Three, which states that whatever energy a person puts out into the world, be it positive or negative, will be returned to that person three times.

Okay, I've rambled on long enough for one post, but if you want some good karma try what the Dalai Lama suggests on   20 Ways to Get Good Karma

Other Recent Posts:
The Water Spirits Or Nixie Who Want You For Human Sacrifice
Place Of Dread Where The Dead Fear The Watcher At The Gate
10 Photos Of Mevagissey Cornwall And The Monkey Hanged As A Spy