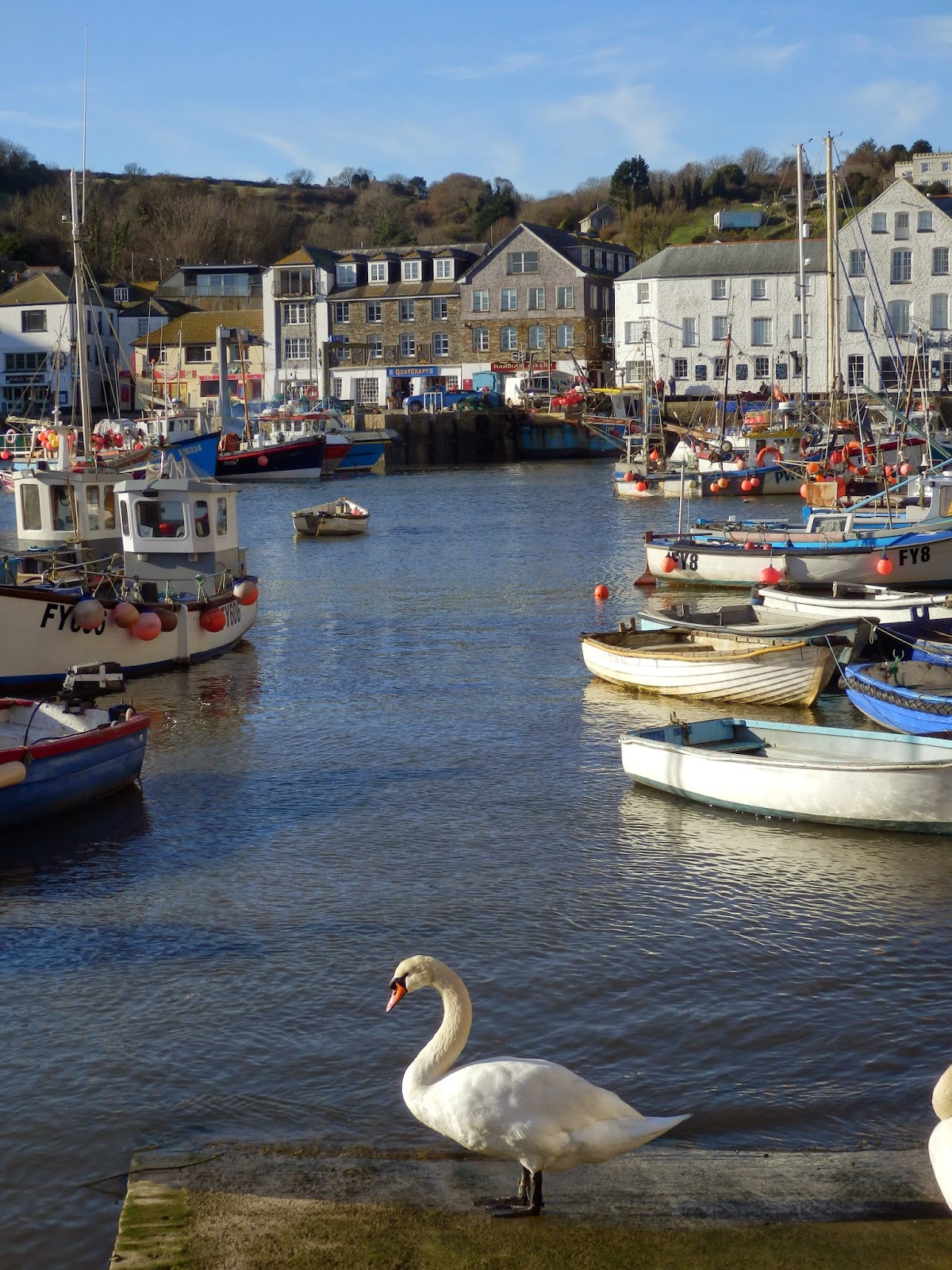 It was a nice cold winter's day on Wednesday so we went to the fishing village of Mevagissey about seven miles from where we live in Cornwall. 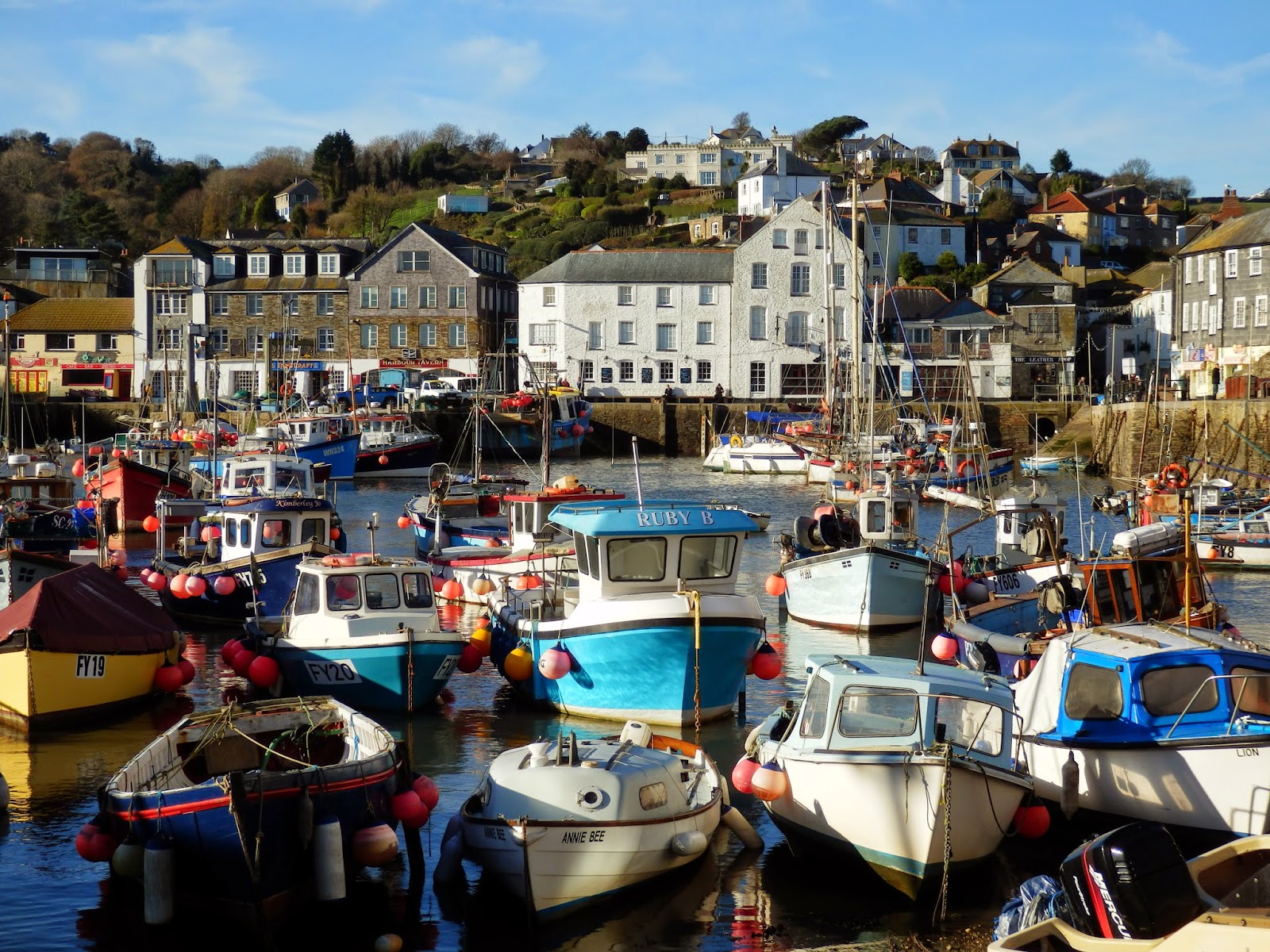 Many of the fishing boats were in the harbour - actually there are twin harbours so the boats are quite sheltered from any storms or bad weather. 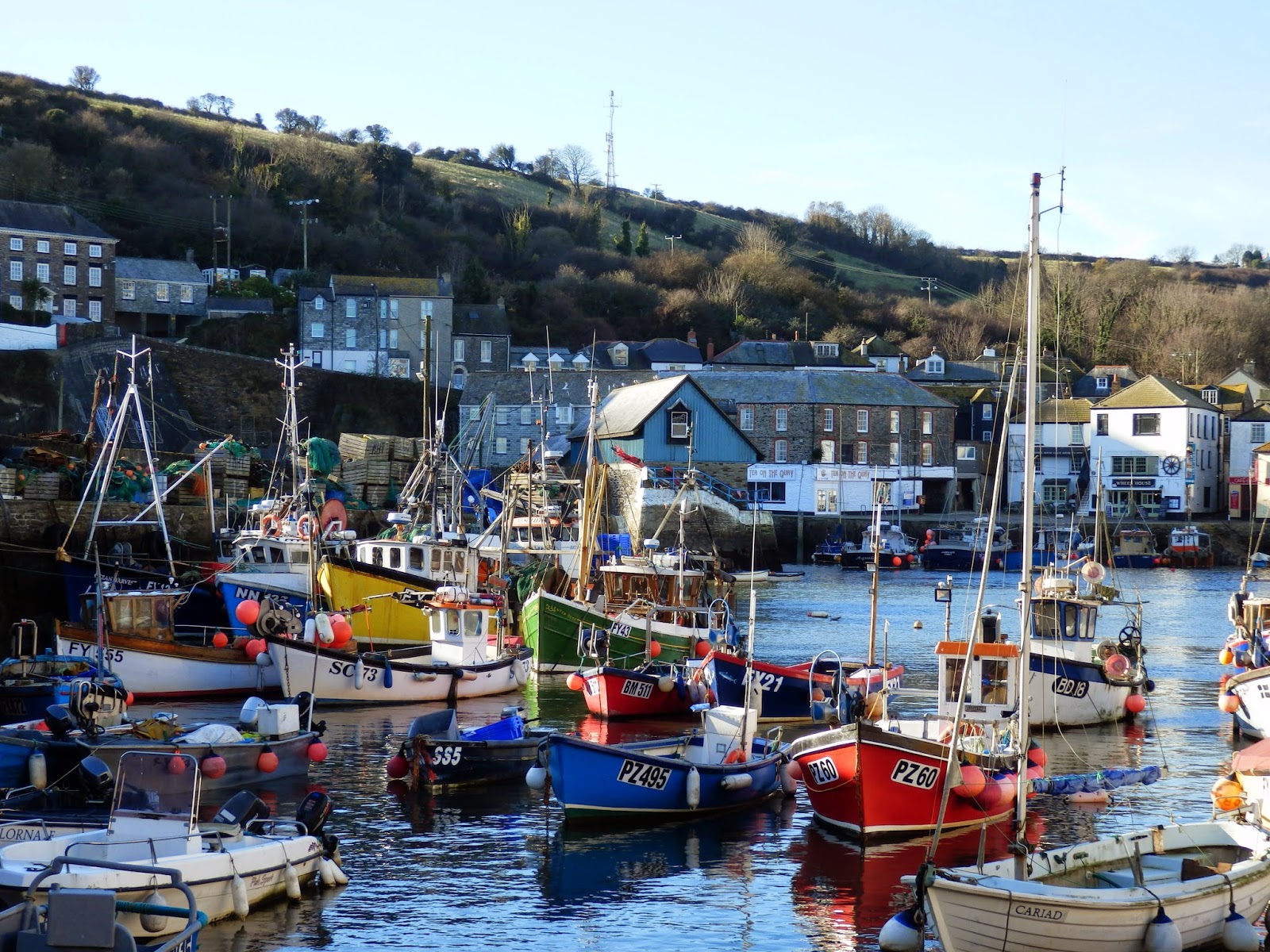 It's hard to imagine that back in 1886 Mevagissey landed 255,000 hundredweight of fish - the highest quantity of any port in western England. On our walk around the harbour walls the sea was quite rough and I got a bit wet taking the photo below as a wave crashed into the entrance to the outer harbour. The lighthouse can be seen on the opposite wall. 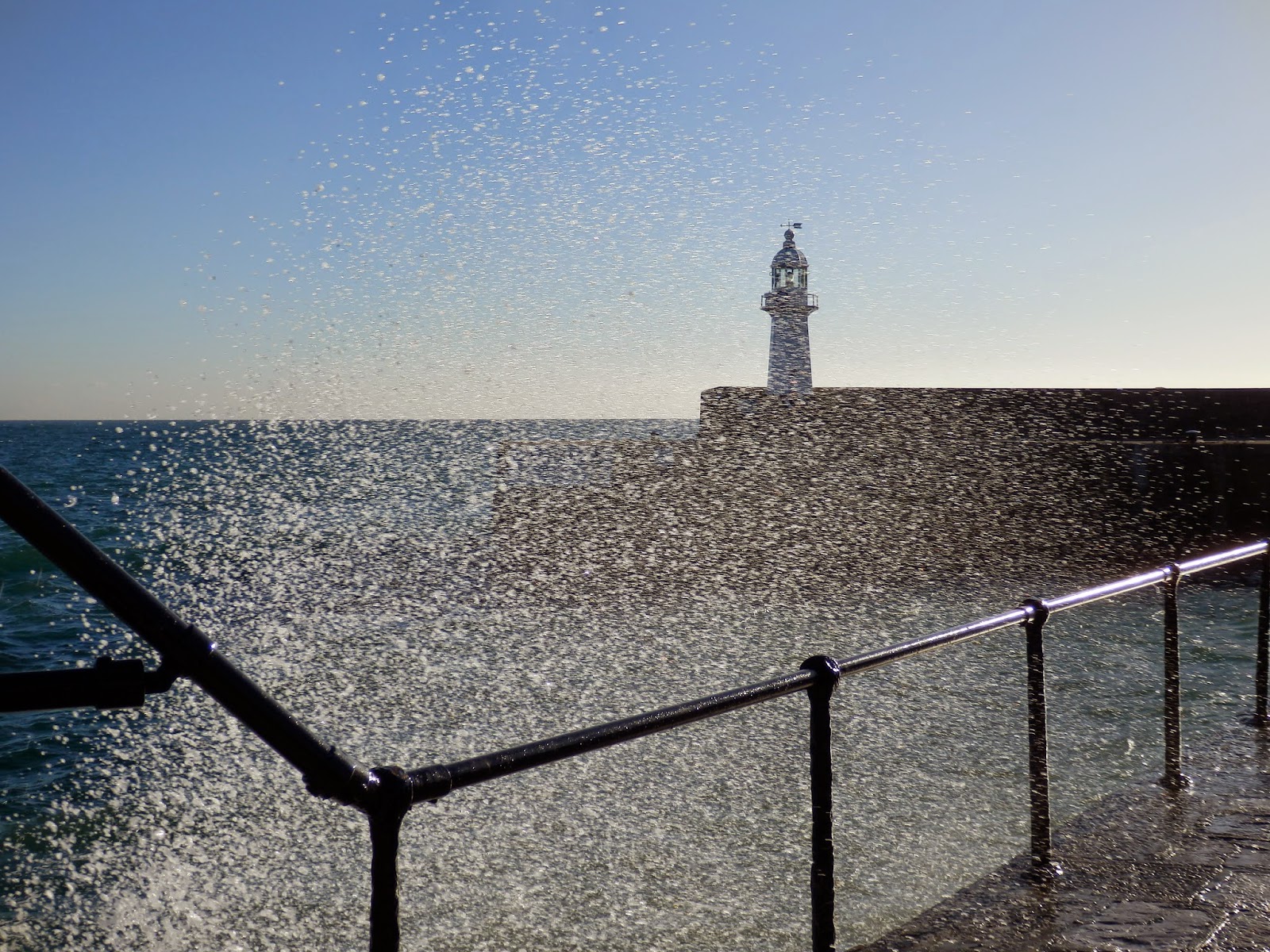 The lobster and crab pots were stacked along by the harbour. 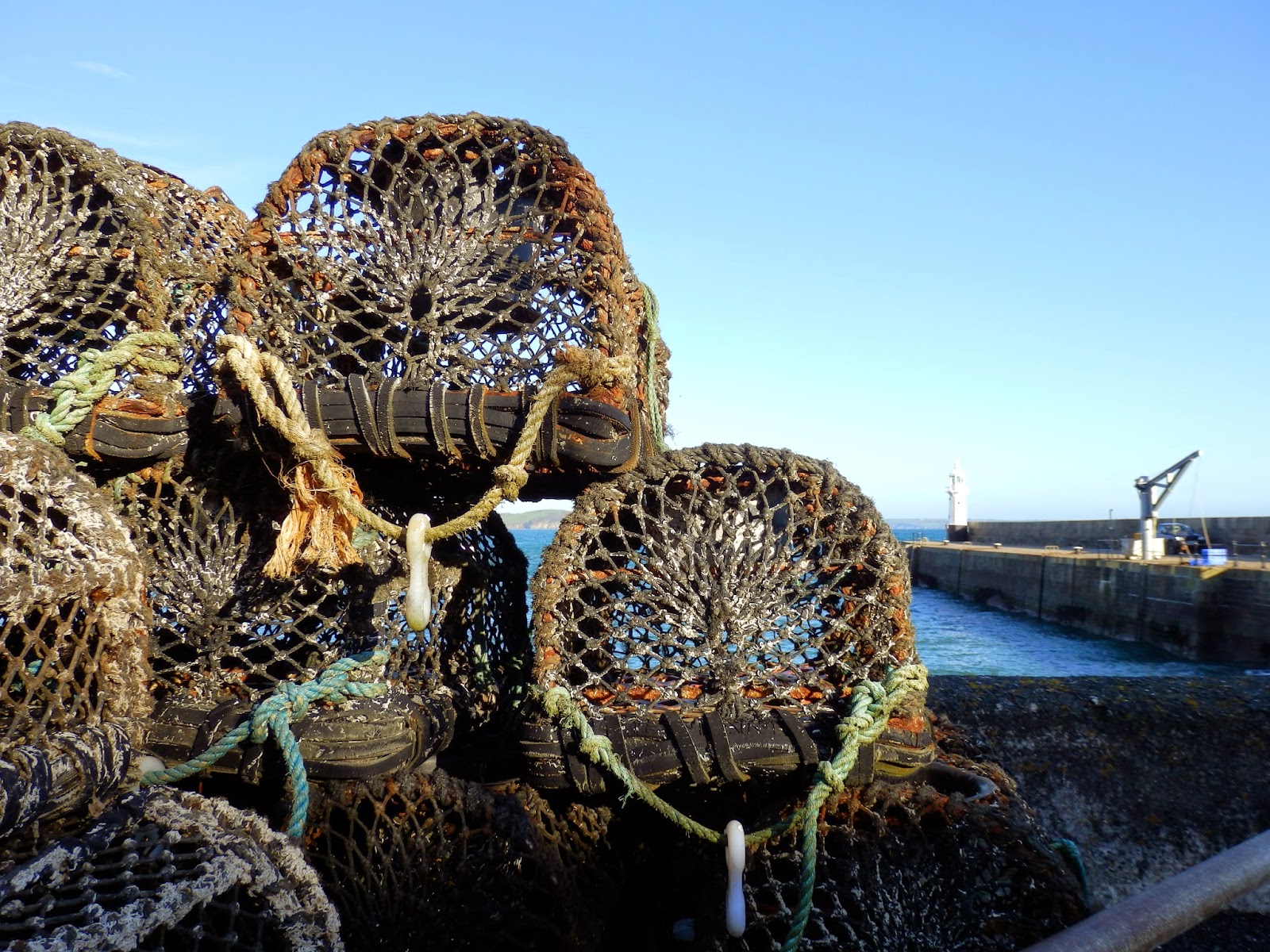 A small boat entered the outer harbour with two men standing aboard. 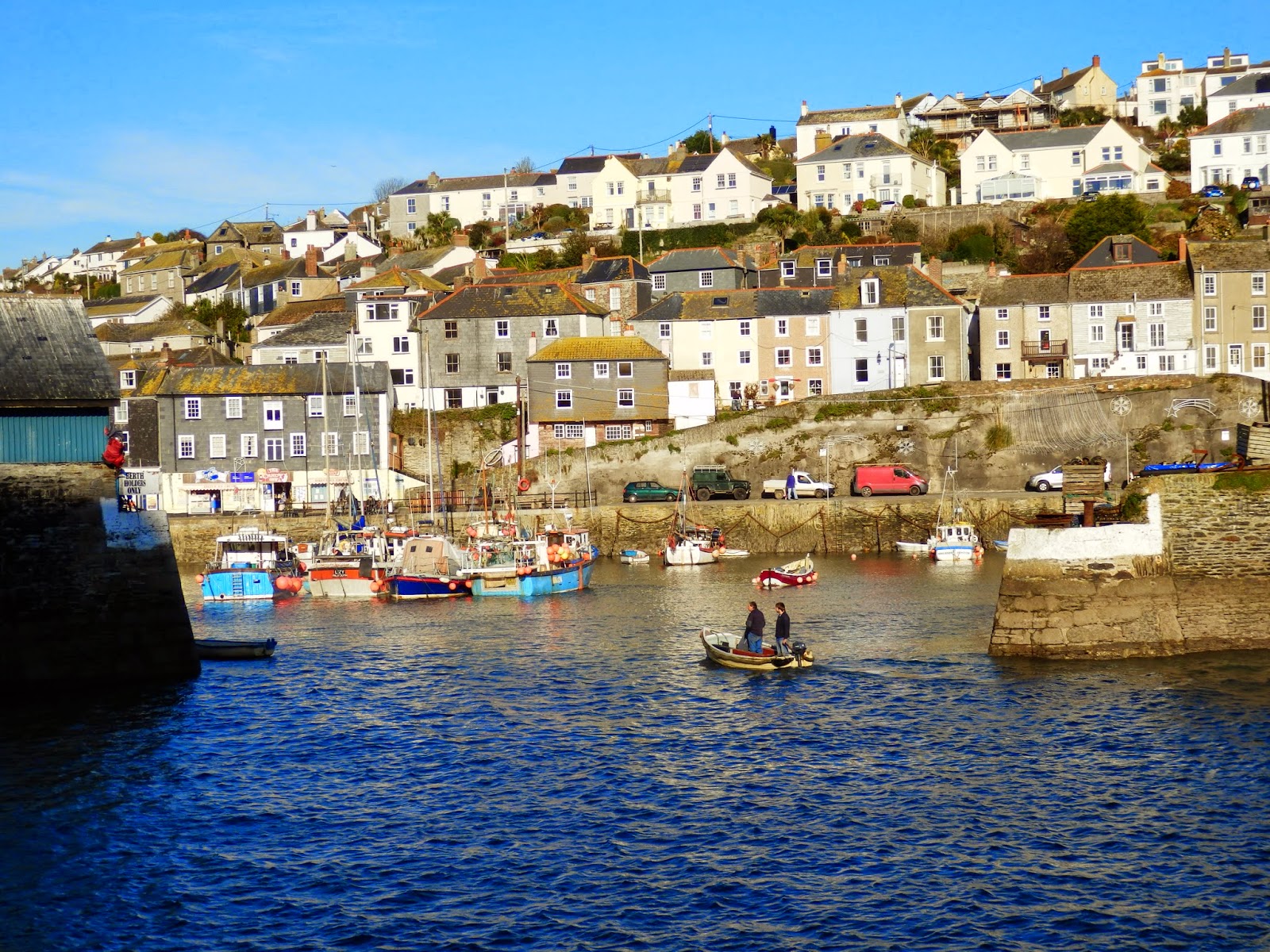 Along side the harbour there is the old Fountain Inn and ... 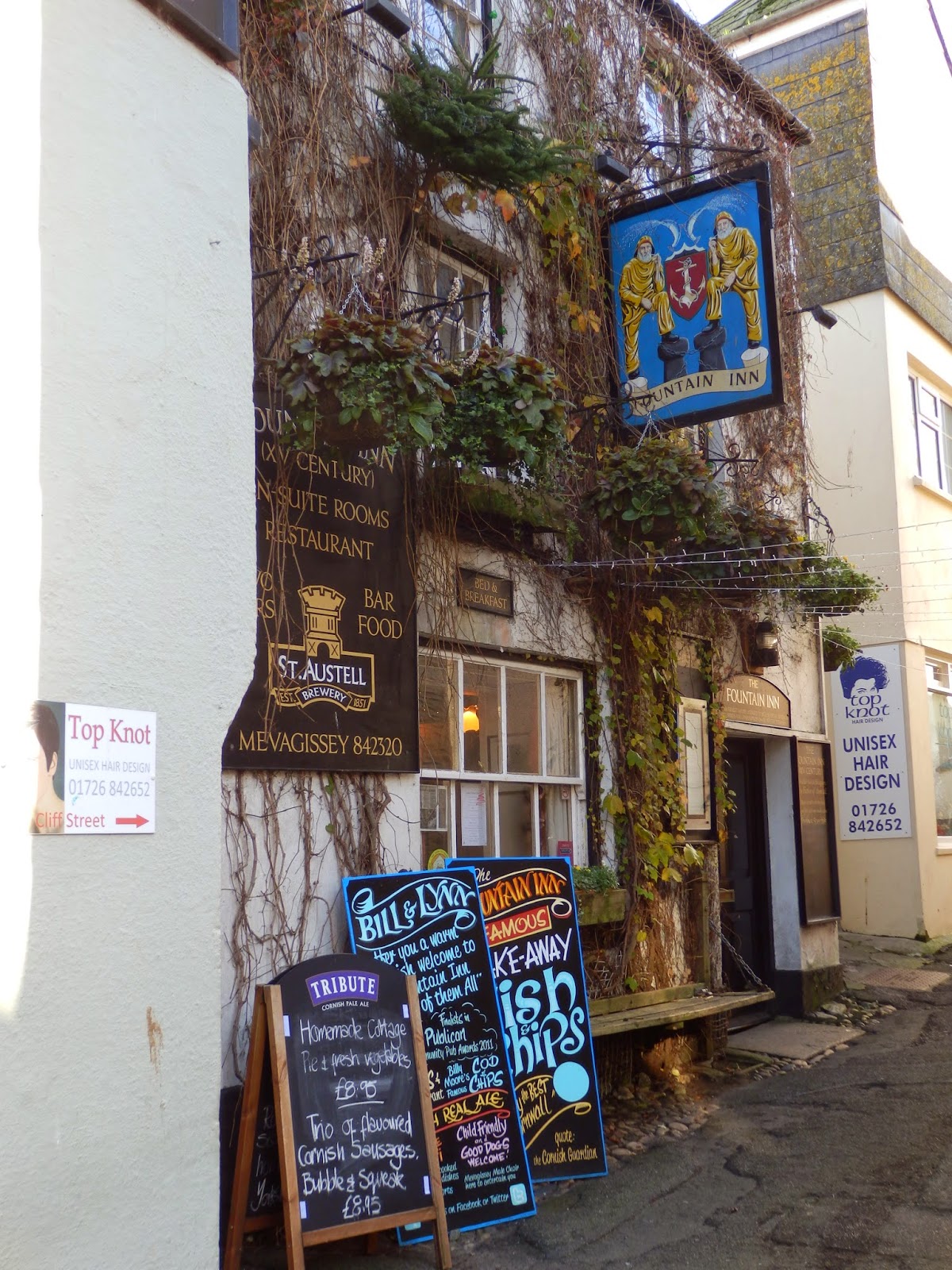 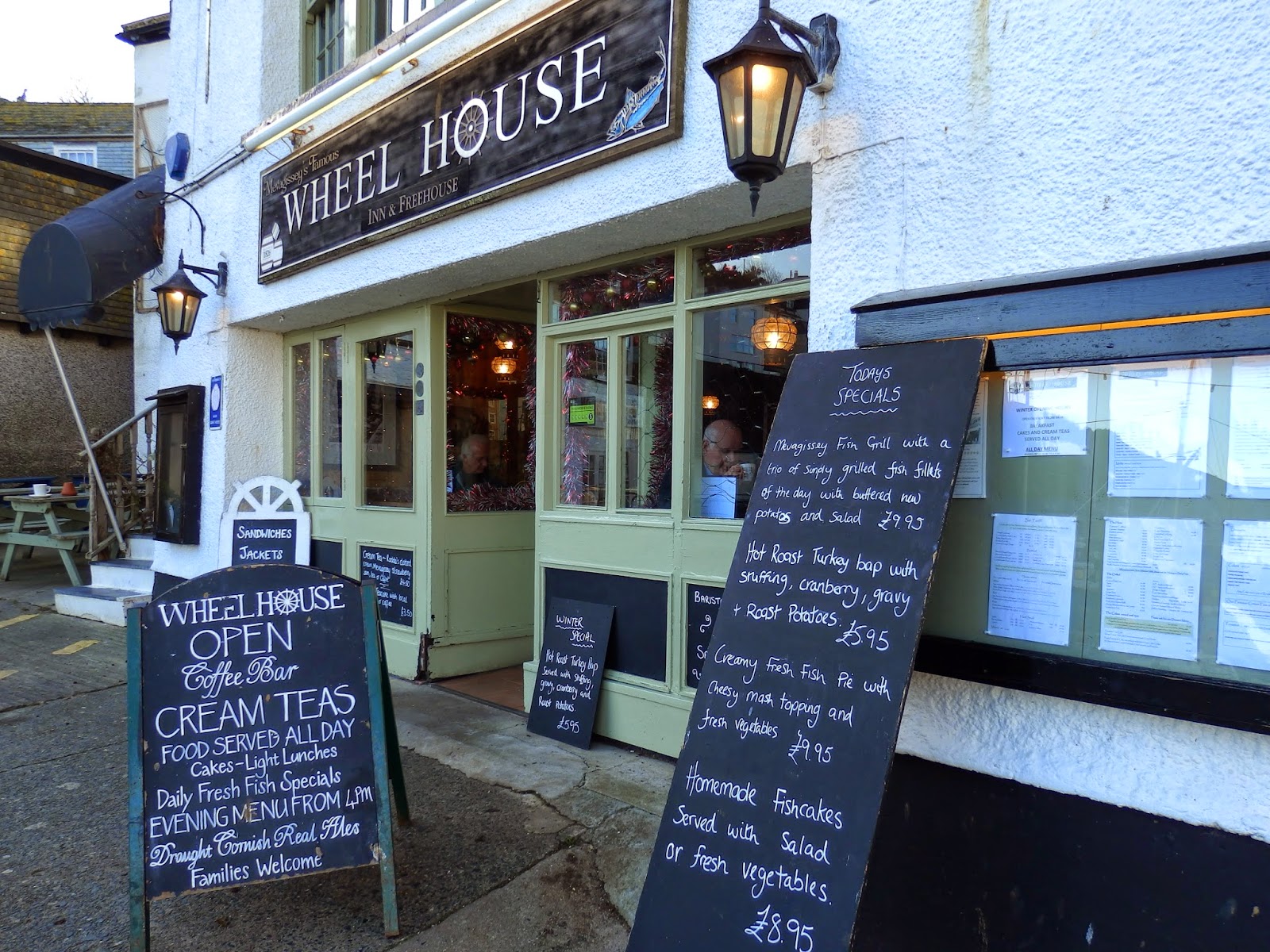 And before the visitors leave they usually grab a postcard to send home to say what a great time they are having! 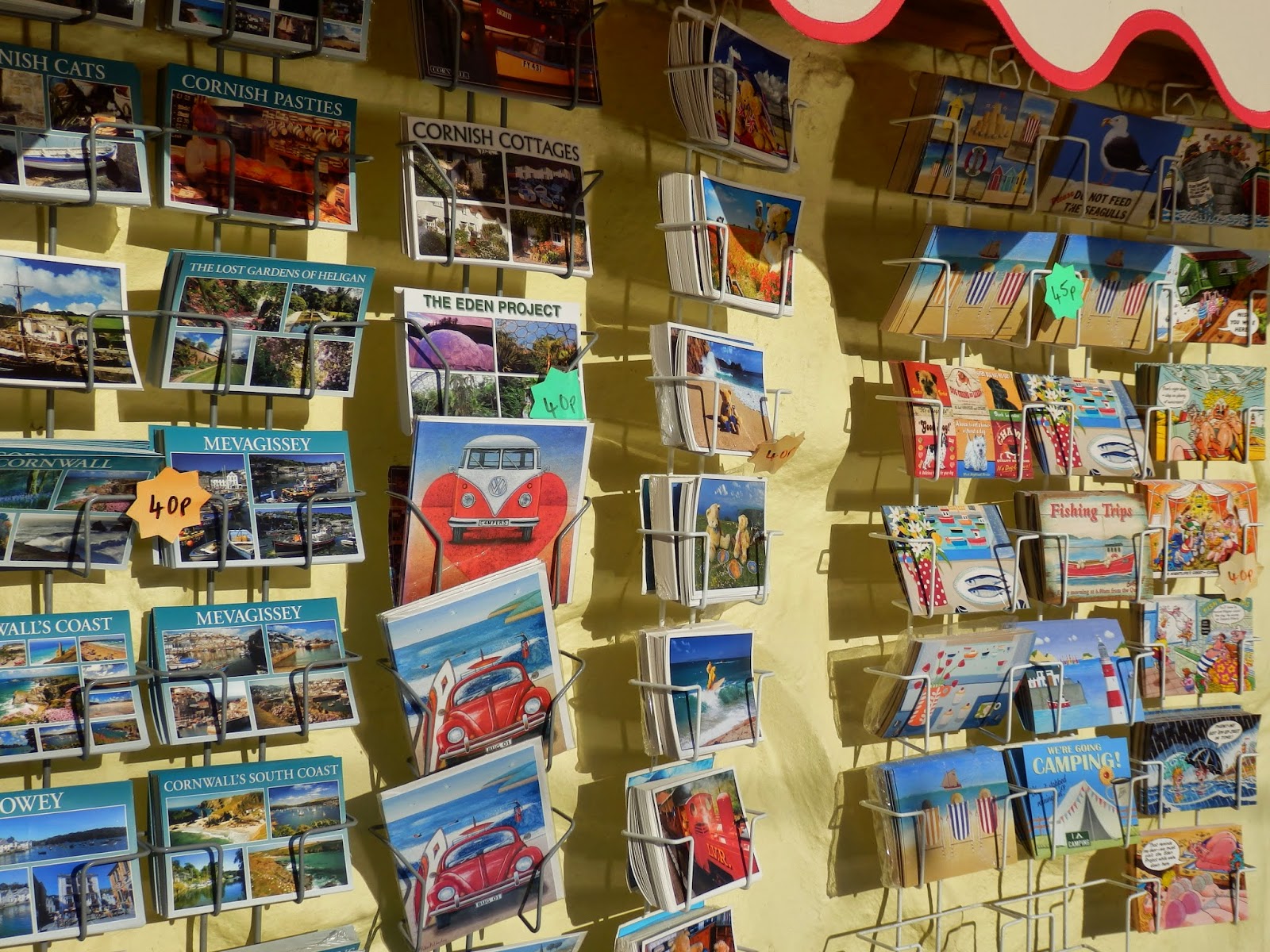 P.S. It is said that the locals at Mevagissey hanged a monkey they took to be a French spy during the Napoleonic wars! There's always a legend wherever you go in Cornwall.

Other Cornwall Posts:
The Magic Of King Arthur And Tintagel Castle Cornwall - 21 Exclusive Photos
A Cornish Journey Back To 1644 At Restormel Castle
The Ghosts Who Haunt Bodmin Jail, Cornwall: 13 Exclusive Photos