The Water Spirits Or Nixie Who Want You For Human Sacrifice 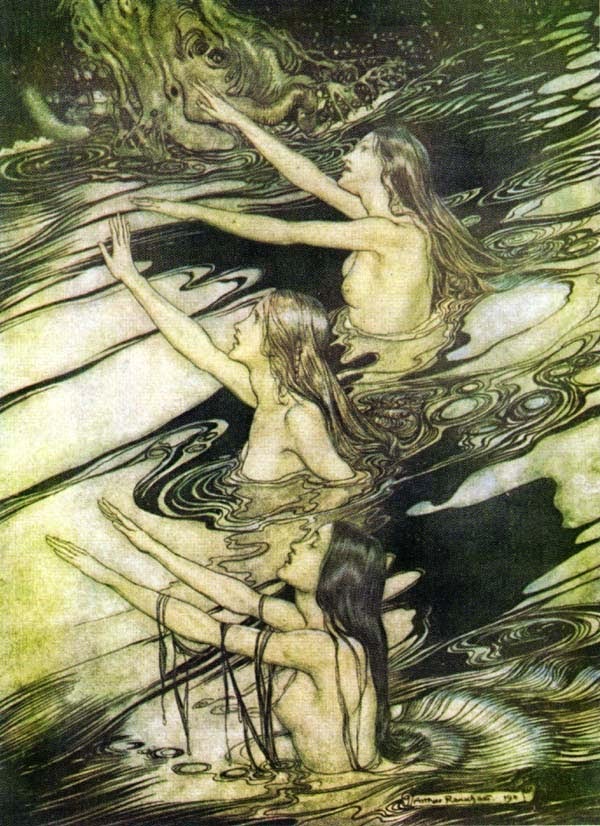 In Germany there are legends of water spirits, known as nixies. They are sometimes invisible but have the ability ro change shape at will - well, that's how the story goes.

Their natural appearance is similar to that of a mermaid or merman - a human body, with a fish-like tail.

Nixies aren't generally much trouble for us humans as they tend to leave us alone. There is, however, one big problem - and this is why some people sometimes disappear without trace - the nixies need one human for sacrifice every year.

When the time is ripe for sacrifice they will lure some unsuspecting soul into the water to be drowned, You might be able to spot one, even though they are in disguise, as the bottom of their skirt or clothing will be wet.

Male  nixies, when shape-shifting, may appear as human and will try to copulate with a female human. Any child then born from this union will have an abnormally large head.

"One famous Nixe of recent German folklore, deriving from 19th century literature, was Lorelei; according to the legend, she sat on the rock at the Rhine which now bears her name, and lured fishermen and boatmen to the dangers of the reefs with the sound of her voice.

In Switzerland there is a legend of a sea-maid or Nixe that lived in lake Zug (the lake is in the Canton of Zug)."

Here in England we have our own version of the Nixie

In Sussex the water spirits called knuckers dwell. Some of these have names such as Jenny Greenteeth, the Shellycoat and Peg Powler. 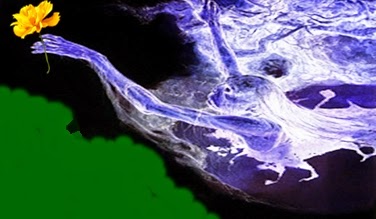 Peg Powler  inhabits the River Tees. She grabs the ankles of those who wander too close to the water's edge, especially  children, and pulls them under the water and drowns them, In Teesdale she is referred to as the High Green ghost.

Of course, not everyone believes in Nixies. Some will tell you that the stories have been made up by anxious parents to keep their children away from the dangers of fast flowing rivers.

But if you should see a pretty girl or handsome man whose clothing seems wet take heed - just in case.

Other Recent Posts:
How To Create A Stream Of Coincidences, Serendipity And Synchronicity
It Was As If A Greek Goddess Had Saved Her From Drowning
Riding The Synchronicity Highway