The Roman Fertility Festival And It's Links To Valentine's Day

Way back, perhaps 1500 years ago, there was a festival of fertility rites: the Roman Lupercalia Festival. Much feasting, dancing and revelry, for want of a better word, went on.

During the festival the names of virgin girls were put in a box and each boy drew out the name of a girl who would thenn be his, er, Valentine for the next 12 months.

When Rome became a Christian city these sort of goings on were frowned upon. But help was at hand in the form of Pope Gelasius. 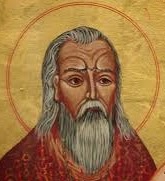 In AD 496 he declared St Valentine's Day in memory of Valentinus a priest martyred on that day (February 14th) for refusing to renounce Christianity.

The story is that as Valentinus was about to be executed, because of his Christian beliefs, he wrote a farewell note to his jailer's daughter signed 'From your Valentine.'

So we got our Valentine's Day in place of a Roman Festival that, by coincidence, was also held in February.

The first 'official' valentine was said to have been sent on February 14th, 1415 by Charles, Duke of Orleans to his wife, while a prisoner in the Tower of London after the Battle of Agincourt. The love message was smuggled out to the Duchess and is now held in the British Museum.

Other Recent Posts:
It Seemed As If The Valentine's Card Was From Her Dead Husband
The Mocking Lake Or Pohenegamook Monster
Is Dreaming Sometimes Astral Travelling?