He Dreamt His Friend Had Been Hanged 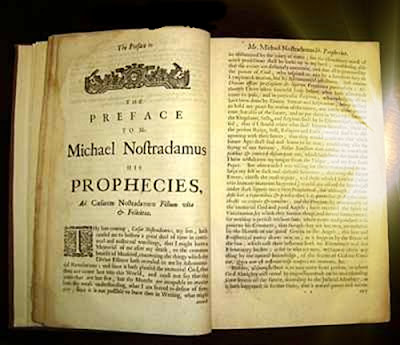 A story today about - well, I'm not sure. Precognition perhaps or telepathy or prophecy ... well I'll leave that for you to decide.

A writer dreamed that a well known London stage manager, a close friend, came to him with his neck bandaged and an expression of extreme agony on his face. He pointed to his bandaged neck and tried to speak, but failed.

Then the writer woke up, and strongly impressed by the vividness of his dream, related it in the morning to his brother saying, "It gave me the impression that S**** had been hanged."

During the morning he went to his friend's house, and was told that he had been in bed for two days. It appeared that while at a rehearsal he had strained his neck, and had been in great pain ever since. This was striking enough but there was more to come ...

Afterwards he said to S****'s wife: "You know I hurried round because I had a dream that S**** has been hanged."

"That's most extraordinary," was her reply, "because the doctor said he very nearly dislocated his neck in exactly the same manner that occurs when people are hanged."

Other Random Posts:
A 90 Year Old Woman's Commandments For A Successful Life
The Man From The Spirit World Made Love To Her
Anne Parrish Book Coincidence