The Coincidence Of Lives Like Two Peas In A Pod 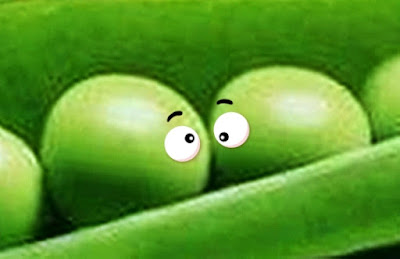 We often talk about something being like two peas in a pod, but what if lives were sometimes so very similar. Coincidence or synchronicity? Here are some similarities discovered by one couple.


"I have been married to a wonderful woman for nearly 28 years. During our dating and marriage we’ve discovered the following:

(a) Both mothers were nurses

(d) Both had grandparents in the funeral business in NY

(e) Both parents and grandparents grew up in NY (father’s poor, mother’s middle class). We met in Virginia.

Here are the clinchers:

1. Both sets of parents were married on the SAME day (day, month and year)

2. We were both baptized in local parish churches called "Star of the Sea Church" (me in Boston, MA, her in Yokosuka, Japan) in 1960."

Other Random Posts:
The Murder Coincidences As History Repeats Itself
10 Coincidence And Synchronicity Stories
Baa Baa Black Sheep Get Their Knickers In A Twist