Voices From The Dead 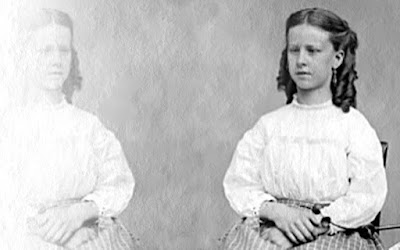 Following on from yesterday's post, here is another story, from Pam James, about hearing the voice of someone who has died. Again, is it fact or imagination at an emotional time?


Five days before Christmas 1993, my mum, aged 80, was admitted to hospital for investigations.

She told me she had discussed which hymns she wanted at her funeral with my sister.

I was quite indignant, but found myself saying that if she did go and there was 'another side', would she please come back and give me a sign. Sadly, on Christmas Eve, she died unexpectedly and we were called to the hospital.

Eventually we were given a cup of tea and I looked out of the window and thought what lovely weather it was. Suddenly, my mum shouted out: "I'm all right, I'm all right!" I put my hand to my throat as my heart was thumping so fast and hard.

However, what really surprised me was that the four other people in the room had not reacted and therefore heard nothing.

I think myself fortunate that I asked for a sign that day - I have no doubts that we survive death,

Other Random Posts:
Amazing Coincidence Of Hitler And British Prime Minister
10 Stories About Reincarnation
The Talisman That Attracts Money

Email ThisBlogThis!Share to TwitterShare to FacebookShare to Pinterest
Labels: Life After Death, Messages from the dead, Voices