The Coincidence Of The Numbers Of Life 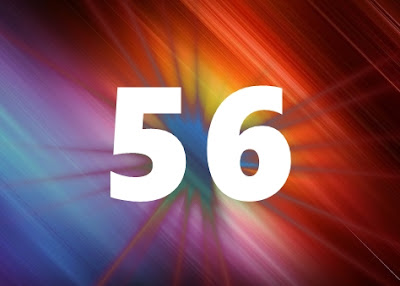 A while back I wrote how the numbers 76 and 67 pop up in my life over and over. Certain numbers seem to frequently appear in other people's lives as well. Here is an example from Colin about the number 56.


"My son Tim who is 27, has been, since he was around 14, beleaguered by the number 56. It appears in his life with alarming regularity, directly and indirectly.

"Now you may say so what, but it goes on. All the digits of his children's birthday dates add up to 56!

"Last summer I was waiting to board a plane at Heathrow when my son called to say good bye. Just as he said hello they announced my gate had changed to 56.

"A few weeks later I was downloading a movie in the US at my wife's apartment. I woke in the morning to see its progress, it was bang on 56%, not a digit more. One moment later I had an email from Tim to say my grandson had been born weighing 5lb 6oz. His birth date also completed the 56 total.

"This has gone on for so long, we expect it, but we also look at times when it hasn't happened. There are obviously lots of them but most of the significant numbers in his life are 56 orientated.

"An addendum to the last e-mail about my son Tim and his connection with the number 56. Yesterday his 4th child, my granddaughter Harly, was born at 4.56 pm. I kid you not."

A previous story by Colin was: The Riddle Of Epicurus Coincidence

Other Random Posts:
How Henry Ford Dealt With Problems
Top 10 Coincidence And Synchronicity Stories
The Meaning Of White Feathers As Messages From The Dead